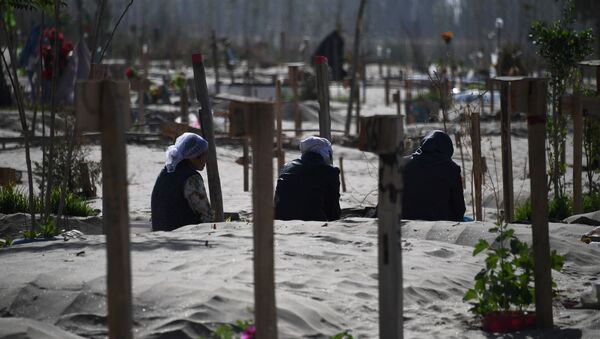 The House of Representatives on Wednesday passed legislation calling for sanctions against Chinese officials for the detention and torture of Uighur Muslims in Xianjing, an autonomous territory in the northwestern part of the country.

The legislation was approved in a 413-1 after passing in the Senate earlier this month. The legislation will now head to US President Donald Trump's office. Trump has not yet indicated whether he will sign the legislation into law.

Under Wednesday's bill, Trump has 180 days to compile a list of Chinese officials responsible for the abuses. Those officials would then face US sanctions, CNBC reported.

The Human Rights Watch has condemned China for its abuse of about 13 million Turkic Muslims, including Uighurs and ethnic Kazakhs, in the Xinjiang region. China has denied allegations of abuse and has said it will retaliate against any US sanctions.

The recent bill comes as the US-China relationship continues to be strained. Earlier on Wednesday, US Secretary of State Mike Pompeo said that the US no longer considers Hong Kong as autonomous from the remainder of China.

Pompeo's remarks came after China's governing Communist Party recently proposed a national security bill to ban "separatist, subversive and terrorist activities" along with any form of foreign interference in Hong Kong. The initiative provoked a new wave of protests in Hong Kong, with some people expressing their fear that the bill would restrict the administrative region's liberties.