LNA Surprised by Claims of 'Russian Aircraft' in Libya - Spokesman 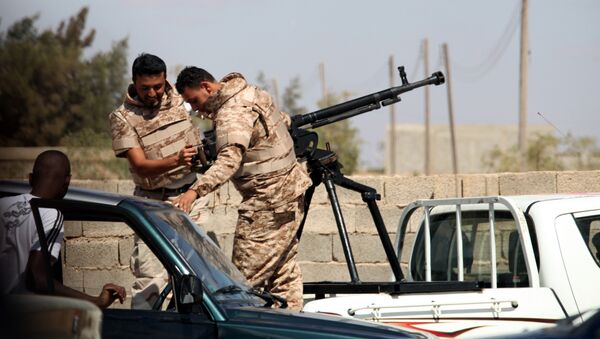 The US Africa Command (AFRICOM) issued a statement on Tuesday claiming that Russian combat jets allegedly arrived in Libya to support the LNA.

"We find strange such statements, which mention the increase in the combat readiness of the army, that we have various types of Russian aircraft... we also find it strange that these reports do not mention the interference and expansion of Turkey in our country and the transfer of tens of thousands of mercenaries from Turkey", al-Mismari said.

Russia has repeatedly denied accusations of involvement in the Libyan conflict, calling claims about the alleged presence of Russian mercenaries there unfounded, while Moscow favours a peaceful settlement of the situation in that country and maintains contacts with both parties.

The political crisis that has gripped Libya ever since the murder of Muammar Gaddafi back in 2011. The country has been torn between the two main centres of power — an elected parliament in the country's east, supported by the LNA, and the GNA in the country's west.