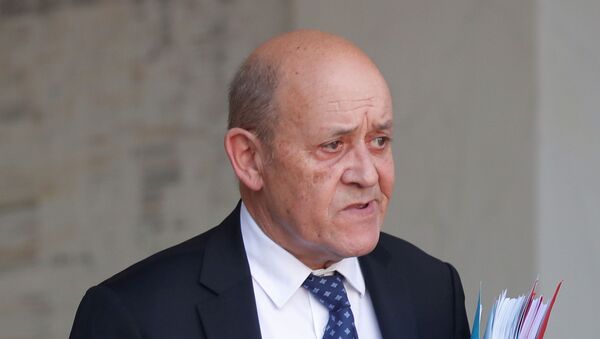 Chief Negotiator Michel Barnier wrote to opposition leaders on Wednesday reminding them that the EU was open to an extension of up to two years to get a deal signed – a longstanding position.

He said that the UK wants to separate negotiations, prioritising certain sectors and that France is “not opposed” to an extension to talks.

This news follows the UK’s dismissal of the EU’s offer of a two-year extension to the Brexit transition period.

Chief Negotiator Michel Barnier has repeated that the bloc is 'open' to prolonging the standstill period, as governments focus on the coronavirus crisis, the Daily Mail reports.

Writing to the Westminster leaders of the SNP, Lib Dems, Plaid Cymru, SDLP, Green Party and Alliance Party on Wednesday, Mr. Barnier said the option of an extension to the Brexit transition period is available if the UK wants it.

However his British counterpart David Frost said there is no prospect of the proposal being accepted saying the UK is determined to secure 'economic and political freedom' from January.

Under the terms of withdrawal from the EU, Britain only has until July 1 to decide whether to extend the transition period.

Mr Frost also confirmed that the Prime Minister Boris Johnson will lead the next round of talks on the future trade relationship in June. 'The expectation on both sides is that these are done at leader level,' he said.

Asked about the role of Dominic Cummings in the Brexit negotiations, Mr Frost said he had never been given an instruction by Mr Johnson’s chief adviser.

Responding to Mr Barnier’s letter, the SNP’s leader in Westminster, Ian Blackford, said: “Boris Johnson must finally put his responsibilities to jobs, living standards and the economy first, and agree the two-year extension on offer to the transition period," as reported by the Independent.

“It would be madness to pile a Brexit crisis on top of the coronavirus crisis we already face – with unemployment soaring, businesses shedding jobs, and many struggling to survive.

The latest talks are the third round of discussions that began in March, but were interrupted due to the coronavirus pandemic.

The next talks are scheduled for June 1. The UK left the EU on January 31 and the post-Brexit transition period is due to end on December 31.