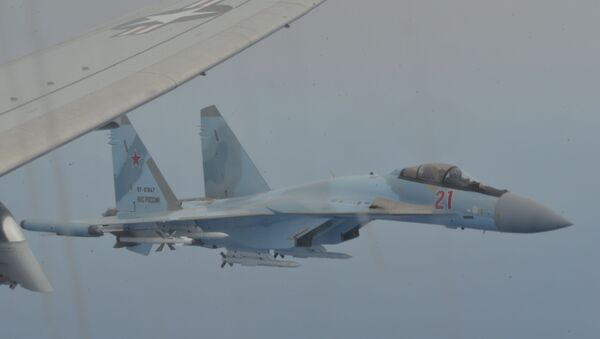 The US Navy has sharply criticized as "unsafe" and "irresponsible" a Tuesday intercept of a P-8A Poseidon maritime patrol and reconnaissance aircraft by Russian Su-35 fighters over the Mediterranean Sea.

"For the third time in two months, Russian pilots flew in an unsafe and unprofessional manner while intercepting a US Navy P-8A Maritime Patrol and Reconnaissance Aircraft," the Navy said in a May 26 statement.

The statement notes that the two Russian interceptors flew with the airliner-sized Poseidon for 65 minutes over international waters, adding that "the intercept was determined to be unsafe and unprofessional due to the Russian pilots taking close station on each wing of the P-8A simultaneously, restricting the P-8A’s ability to safely maneuver."

"The unnecessary actions of the Russian Su-35 pilots were inconsistent with good airmanship and international flight rules, and jeopardized the safety of flight of both aircraft," the Navy added.

The press release included a video and photos of the encounter. 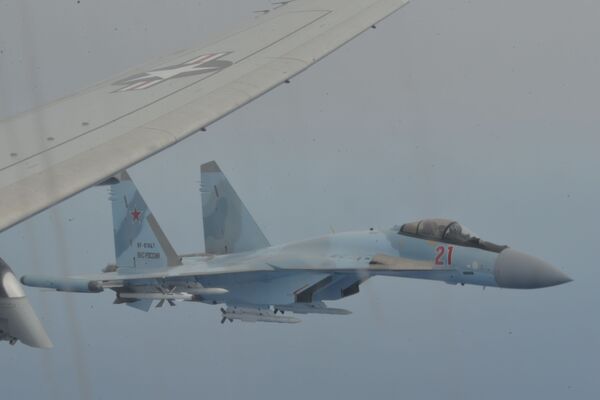 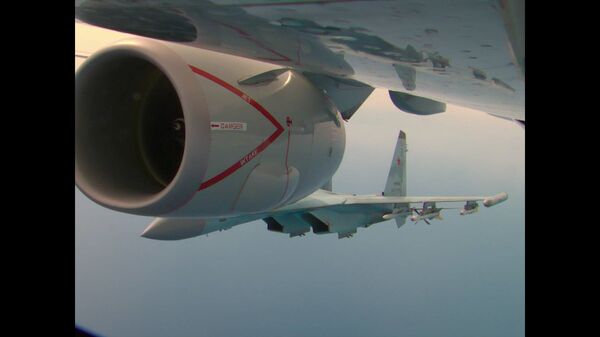 Similar incidents occurred in April, with the US Navy protesting the Su-35s that intercepted that Poseidon aircraft had flown just 25 feet away from it.

However, as Sputnik reported, the Russian Defense Ministry said at the time that the Su-35s had been scrambled from Khmeimim Air Base on the Syrian coast after base radar "detected an air target performing a flight towards Russia's military facilities in the Syrian Arab Republic."

The airplane tracking Twitter page BlueSky reported approximately eight hours before the US Navy press release was posted that a USN P-8A Poseidon was flying westward over the Mediterranean from near the Syrian coast.

​The page noted the plane was flying from the US Navy's Sigonella base in Sicily and shows a similar flight path to earlier Poseidon flights, approaching close to Syrian territorial waters.

​A nearly identical flight was reported on May 17 by Sputnik, noting it, too, loitered in airspace near Khmeimim for more than half an hour.

Developed from the Boeing 737 passenger airliner, the P-8 Poseidon was adopted by the US Navy in 2013 as an anti-submarine warfare, anti-surface warfare, and shipping interdiction aircraft. The plane carries extensive electronic and signals intelligence assets, including radars and a magnetic anomaly detector for spotting submerged subs.