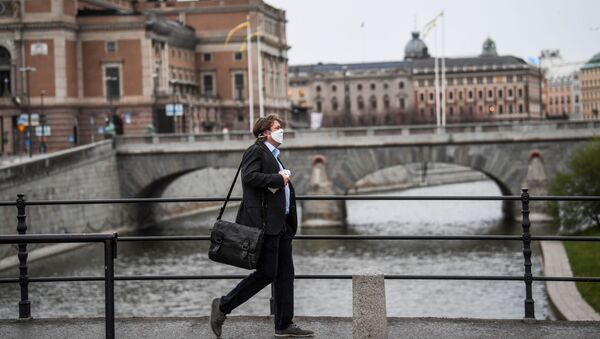 Annika Linde, former Swedish state epidemiologist, was initially supportive of Sweden's no-lockdown strategy in a bid to achieve herd immunity, but made a u-turn as the death tally in the nation grew much higher than in neighbouring states.

Linde, 72, who served as state epidemiologist between 2005 and 2013, described the Swedish model as “not the smartest in all respects” and pointed out that Sweden's neighbours “succeeded quite well” in limiting the disease's rampage by imposing weeks-long lockdowns.

Doing the same for a month's time, according to Linde, would have allowed to protect the most vulnerable. Now it's “too late” to impose lockdowns due to the spread of the disease, she ventured.

Linde suggested that Sweden relied too much on people following the authorities' recommendations instead of enforcing mandatory restrictions. This relaxed response, she mused, resulted in people failing to comprehend the severity of the situation and stay at home and undertake more drastic measures to stop the spread of the virus.

“It reveals huge coordination deficiencies where one blames the other. And basically, it's the government that allowed this to happen”, Linde said in her interview with Dagens Nyheter.

Linde, who during her tenure guided her country through the swine flu and SARS, initially supported the plan of ultimately reaching herd immunity at some point by exposing the population to the virus, calling it “a good strategy”. Later, however, Linde changed her mind, as the death toll grew.

According to the country's Public Health Agency, almost half of the country's fatalities linked to COVID-19 occurred in residential homes and elderly care.

“This was like a dream, that we could protect the elderly, with very little basis in reality”, Linde told The Guardian, commenting on her country's soft-touch approach.

The Swedish authorities, with state epidemiologist Anders Tegnell in the lead, initially put their faith in herd immunity, voicing hope of reaching it first in May, then in June. However, merely 7.3 percent of the people tested appeared to have antibodies in Stockholm, the city hit the hardest, which is far less than expected. In a recent interview with Swedish Radio, Tegnell, a polarising yet symbolic figure both revered and hated for his strategy, said that Sweden found itself in a “terrible situation”.

Accumulated coronavirus deaths in Sweden have been many times higher relative to the size of the population than in its Nordic neighbours, with Sweden's 4,029 deaths pitted against merely 235 in Norway.

Sweden has seen close to 34,000 confirmed cases, but Tegnell himself has repeatedly stressed that the number may be much higher due to selective testing methods.