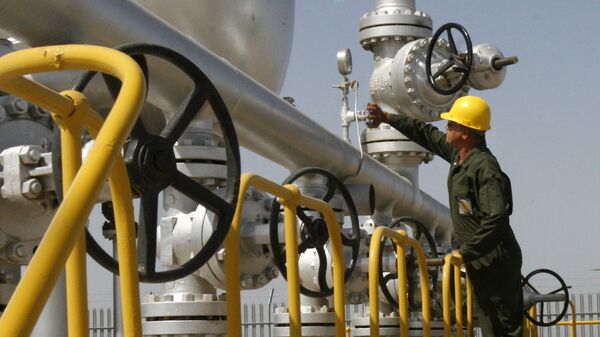 Iran has delivered the first batch of energy supplies to Venezuela despite the US oil embargo imposed on both countries. Iranian experts have called Washington's bluff and opined that the successful delivery of fuel to Venezuela is the first sign that the US sanctions policies in the Middle East and Latin America have failed.

Fortune, the first of five Iranian oil vessels, reached the Venezuelan coast on Sunday after leaving the port of Shahid Rajaee 72 days ago, despite US threats. The Iranian crude supplies are aimed at assisting Caracas to tackle the fuel shortage caused by the blackout of Venezuela's Paraguaná Refinery Complex (CRP). The four other Iranian oil tankers – the Forest, Petunia, Faxon, and Clavel – are expected to arrive in the coming days. In total, Iran has sent 1.53 million barrels of fuel to Venezuela.

"The United States has imposed sanctions [in the energy sector] on two countries, Iran and Venezuela", says Seyyed Saeed Mirtorabi Hosseini, an Iranian oil and gas analyst and a fellow scientist at the Kharazmi University. "But they were able to oppose these unilateral US sanctions. The successful shipment of oil tankers to Venezuela, which is in dire need of fuel, tells Iran that it is on the right track to confront the cruel US sanctions. It symbolises that the Iranian nation is breaking the shackles of US sanctions".

Earlier, Tehran voiced concerns over the potential US threat to the fuel shipments. On 17 May, Iranian Foreign Minister Mohammad Javad Zarif wrote a letter to the UN warning Washington against "sending troops to the Caribbean Sea with the aim of interfering with the transfer of Iran’s fuel to Venezuela". Both Iran and Venezuela were previously subjected to US economic sanctions.

For his part, Iranian Deputy Foreign Minister for Political Affairs Seyyed Abbas Araqchi summoned the ambassador of Switzerland, who represents US interests in Iran, and informed him that any US actions against the oil tankers would be met with Iran’s "immediate and firm response".

Hosseini stressed that the US is unlikely to launch an attack on Iran's tankers in the Atlantic Ocean or near the Venezuelan coast, as such a manoeuvre would cost them dearly.

“Tankers are provided with an Islamic Republic of Iran (IRI) Navy escort", he elaborates. "I do not think that the United States will take such a step as attacking or hijacking Iranian tankers. It will be considered a violation of International Regulations for Preventing Collisions at Sea and generally cost the Americans a heavy price. The only disadvantage of these tankers is the possible lack of international insurance, as many large insurance companies have to comply with the rules dictated by the United States".

The Iranian supply of $45.5 million worth of gasoline and similar products to Venezuela has become the first counter-strike against the United States by a new coalition of countries subjected to Washington's sanctions, opines Mohammad Sadegh Jokar, a political economy and scientific expert at the Institute for International Energy Studies (IIES) under the Iranian Ministry of Petroleum.

"With the implementation of Donald Trump's strangling policy on the Iranian economy, the IRI has changed its approach", Jokar says. "Whereas previously Iran tried to persuade some countries not to follow the US-imposed restrictions (particularly China, India, and North Korea), now it is challenging [Washington] and saying to other countries 'join the anti-sanctions coalition'. In other words, Iran calls on all countries that are subject to US sanctions to unite in a single front to oppose this instrument in the international politics of the United States". 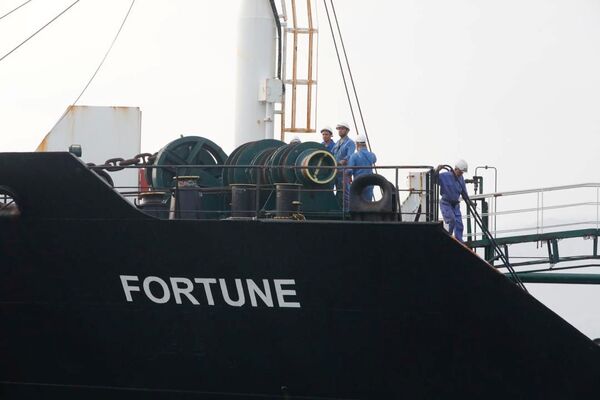 Crew of the Iranian tanker ship "Fortune" are seen at the deck during the arrival at El Palito refinery in Puerto Cabello, Venezuela May 25, 2020.
© REUTERS / MIRAFLORES PALACE

According to the Iranian expert, the latest successful delivery of fuel to the Venezuelan coast has marked the failure of Trump's international sanctions policy against Venezuela.

Jokar emphasises that Iran is lending a helping hand to a country whose economy is on the verge of bankruptcy. He notes that this gesture has proven that the Islamic Republic can act independently and decisively not only in the Middle East, but also in the Latin American region, largely regarded by Washington as its “backyard”.

According to Jokar, Iran is sending a signal that Trump's policy has succeeded neither in the Middle East, nor in Latin America. “This is a kind of blow to Trump's electoral policy in the upcoming presidential elections”, he says.

Jokar echoes Seyyed Saeed Mirtorabi Hosseini by expressing confidence that there will be no military attacks by the US on the four other Iranian oil tankers crossing the Atlantic Ocean and heading for the coast of Venezuela.

“There was a lot of US pageantry about them attacking, detaining or taking over Iranian oil tankers", he highlights. "But as we see, the Iranians were able to put the Americans in what we call a 'security dilemma'. In case of any attack on oil tankers, the IRI will instantly react in the Persian Gulf and strike the US Navy. A prime example of such a response is when the UK detained our tanker in Gibraltar”.

In July 2019, UK authorities in Gibraltar seized the tanker Adrian Darya 1 sailing under an Iranian flag over suspicions that it was carrying oil to Syria. Two weeks later, Iran captured a British-flagged vessel, the Stena Impero, in the Strait of Hormuz, which many saw as an act of retaliation. Finally, Gibraltar released the Iranian ship in August, citing its incapability of complying with a request to continue detaining it. 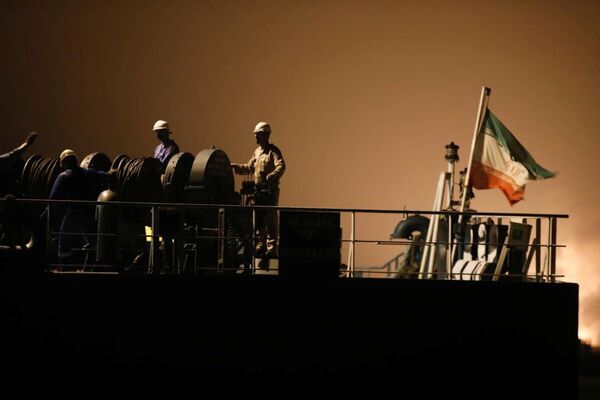 Crew of the Iranian tanker ship "Fortune" are seen at the deck during the arrival at El Palito refinery in Puerto Cabello, Venezuela May 25, 2020
© REUTERS / MIRAFLORES PALACE

What the US can do in response to the Iranian-Venezuelan collaboration is to wage "a more aggressive infowar", Mohammad Sadegh Jokar suggests. For example, Washington may try to accuse the Venezuelan government of allegedly stealing currency reserves in order to survive and pay for Iranian aid, according to the expert.

“We will see how this topic will be propagated by the American media in the coming days", he notes.

According to Jokar, Russia also plays an important role in the anti-sanctions’ energy alliance against the US and provided an example of how countries under US sanctions may try to trade through non-dollar mechanisms:

"Non-dollar trading system has already been successfully tested in a limited mode between Russia and China", he underscores. "Therefore, Russia, Iran, and Venezuela can work together and their cooperation can reach the point where even Trump's economic sanctions policy is powerless".

Previously, Russia, China, Turkey, Iran, and a number of other countries signalled their willingness to switch from the dollar to national currencies in trade settlements. For its part, China kicked off the Cross-Border Interbank Payment System (CIPS) – Beijing's alternative to the Society for Worldwide Interbank Financial Telecommunication (SWIFT) – which can clear and settle international renminbi-denominated financial transactions.