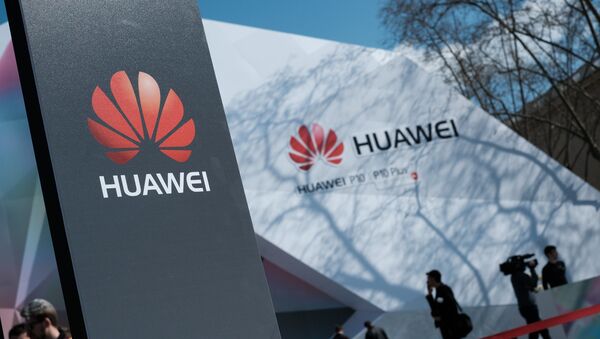 Demond Cureton
All materialsWrite to the author
Following shock reports from the Guardian and Telegraph on an alleged plan by the UK government to phase out the world's largest telecoms equipment provider, concerns have been voiced on London's potential 'rip and replace' policy on digital infrastructure.

Tory rebels have allegedly targeted Huawei Technologies again after a report citing anonymous Whitehall sources said that the government could phase out the Chinese tech giant's role in the UK by 2023, despite London's approval in January.

Reports from the Guardian and Telegraph remain unconfirmed as Downing Street has failed to comment on the matter.

But Britain's National Security Centre (NCSC) would assess the impact of such a decision on networks in the country affected by the change, it was found.

“The security and resilience of our networks is of paramount importance. Following the US announcement of additional sanctions against Huawei, the NCSC is looking carefully at any impact they could have to the UK’s networks,” a cross-government statement said as quoted by Reuters.

The news comes as Mr Johnson limited Huawei's market share in British infrastructure to roughly 35 percent following his crucial approval of the company in January.

5G is OFF: Trump Extends US Telecom Supply Chain Ban on Huawei Amid Calls to Wind Down Trade War
But the Prime Minister faced backlash on amendments to the Telecommunications Infrastructure Bill 2019-2020 from rebel Tories in March, which could spark further backlash should he fail to strike a balance on demands to phase out Huawei as well as appease the Trump administration in future post-Brexit trade talks between Washington and London.

Sputnik takes a look at the consequences of restricting Huawei's role in current and future telecoms networks.

Concerns over a potential government U-turn have been voiced in the UK's telecoms industry as many carriers relying on Huawei's telecoms equipment could face major setbacks.

"A lot of the 4G expansion was software-upgradeable to do 5G when an extra mast antenna was fitted," Editor-in-Chief for media site ThinkBroadband, Andrew Ferguson, told the BBC.

Should the government impose further limits on Huawei equipment to new technologies, network carriers may still be forced to rip and replace older infrastructure, he added.

Press coverage was "based on a quote from a spokesperson originally quoted in The Guardian and Telegraph", with current government policy being driven by "a mixture of geo politics and fears of the unknown", a ThinkBroadband post said.

The Chips Are Up: Huawei Mass-Produces Mobiles With Mainland Chipmaker SMIC in Major Trade War Win
But a MobileUK report in April found that restricting Huawei could risk £6.8bn to the UK economy, and a partial to full restriction could delay the nations rollout of widely available 5G coverage up to 24 months, forcing Britain to lose status as a world leader in 5G.

According to London's own estimates, a delay in rolling out 5G would cost the UK from £4.5bn to £6.8bn. Further losses of inward foreign direct investment and productivity would result from "stagnation of digital infrastructure", the report added.

But BT, the UK's largest carrier and owner of mobile and broadband provider EE, said the 35 percent target would set back the company around £500m over five years to meet Downing Street's target.

“We are in the process of reviewing the guidance in detail to determine the full impact on our plans and at this time estimate an impact of around £500m over the next five years," BT chief executive Philip Jansen said in a statement in January.

It is understood that a full phase-out of Huawei by 2023 will have severe repercussions for Britain's telecoms industry amid Brexit and the ongoing COVID-19 pandemic.

Home Broadband: 'Rip and Replace' or 'Rip and Tear' Policy?

According to UK regulator Ofcom, Huawei accounts for 44 percent of Britain's equipment in the nation's superfast full-fibre.

But around 66,000 of the country's VDSL2 Fibre-to-the-Cabinet (FTTC) boxes, or roadside cabinets delivering fibre broadband to homes and offices, use Huawei equipment, ThinkBroadband added.

But ECI equipment "has a long history of being problematic", resulting in delayed deployment of platform upgrades and other issues, ISPReview reported.

Huawei Slams 'Unjustified' US Tech Rules, Vows To 'Survive, Move Forward' Amid Renewed US Trade War
Replacing ECI cabinets would be expensive and complicated "particularly now that they’ve moved on with a different approach via [gigafast] and Fibre-to-the-Premises (FTTP) technology", the article said.

"Huawei has been very innovative at coming up with the smallest and lightest 5G equipment, meaning the operators can sometimes just use a cherry picker to hook it onto existing mast infrastructure. Some of the others' is heavier and bulkier, which can require more in terms of getting planning consent and road closures," Matthew Howett of Assembly told the BBC.

Such measures will also phase out the government's Full-Fibre Broadband For All 2025 pledge to extend fibre broadband coverage across the UK, setting back national infrastructure in performance due to an absence of equal suppliers.

Massachusetts-based Ribbon Communications Inc, who announced in November last year it would merge with ECI, appointed Bruce McClelland as CEO and President of the company in May following Darryl Edward's departure.

Media speculation from "unnamed sources" did not make sense, Victor Zhang, Huawei Vice-President, said in a statement on the matter to Sputnik.

World
Heavy is the Head: China's State Council Pledges $1.4tn to Take Top Spot From US as Global Tech King
"As a private company, 100% owned by employees, which has operated in the UK for 20 years, our priority has been to help mobile and broadband companies keep Britain connected, which in this current health crisis has been more vital than ever. This is our proven track-record,” he concluded.

The statement comes after Washington extended a ban on US companies doing business with Huawei, ZTE and over 70 Chinese tech firms placed on an Entity List in May last year, citing national security concerns and despite granting licences.

Hsinchu-based Taiwan Semiconductor Manufacturing Co (TSMC) also stopped all new processor orders for Huawei over fears it would be targeted by the new measures from the Trump administration set to come into force in September.

Washington has repeatedly launched accusations against Beijing, stating that Huawei's equipment could be used to spy for the Chinese government, which the latter and Huawei have repeatedly and strongly denied. To date, Washington has not presented any evidence to back its claims, which Huawei and Chinese officials have urged US officials to provide.