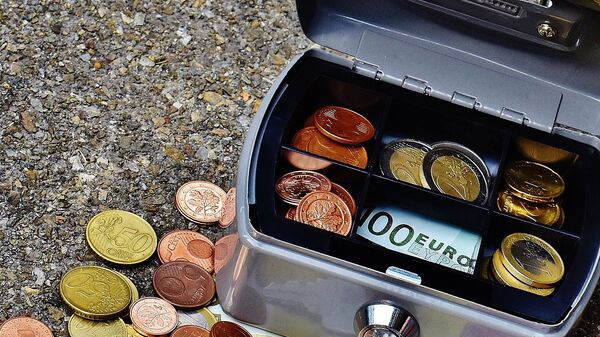 The European Central Bank (ECB) previously warned that the EU would suffer its worst recession since the Second World War. ECB President Christine Lagarde said that the pandemic could cost between 5 and 12 percent of the entire bloc’s economic output.

The coronavirus pandemic has caused huge economic disruption and increased the risk of countries leaving the Eurozone, the European Central Bank said in its Financial Stability Review, which is published twice a year and outlines potential risks in the euro area. The ECB notes that although financial stability has been largely preserved and governments have provided economic relief, public debt will rise significantly.

According to the review, debt levels across the Eurozone countries "are projected to increase between around 7 and 22 percentage points" this year as they borrow money to support their economies. This will push the aggregate government debt-to-GDP ratio above 100 percent.

Merkel and Macron’s Plan to Bail Out Europe: Goal is to Show EU is Alive

The economic crisis has put pressure on Eurozone countries, which have or have had economic problems, with the ECB saying that the public debt in Greece, Italy, and Portugal is set to approach 200,160, 130 percent of GDP respectively.

"Should measures taken at the national or European level be deemed insufficient to preserve debt sustainability, the market assessment of redenomination risk might rise further", the ECB said. The redenomination risk refers to the fear of defaults and exits from the Eurozone.

Per the review, Europe’s wide-ranging policy during the pandemic has helped to avoid "an immediate systemic financial crisis" and has aided the economic recovery. However, medium-term vulnerabilities have risen.

Europe became the second epicentre of the coronavirus pandemic after China. The disease has infected more than two million people and killed more than 100,000 on the continent. In order to stop the spread of the disease, European authorities introduced tough security measures, which severely affected the countries’ economies. The European Central Bank previously said that Europe will suffer its worst recession since the end of the Second World War.