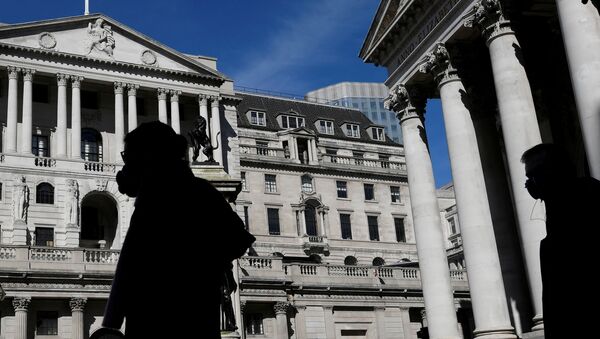 Russian scientists are getting ready to submit their proposals to the Nationwide Action Plan to counter the pandemic in the Russian Federation. Which sectors of the economy will be the drivers of development in the post-pandemic world? Does basic science have the capacity to provide an adequate scientific response to the challenges of the pandemic?

From Crisis to Growth, Bypassing Stagnation

According to Professor Abel Aganbegyan, the head of the Department of Economic Theory and Politics at the Russian Presidential Academy of National Economy and Public Administration and a member of the Russian Academy of Sciences, Russia will face a deep structural crisis in 2020. In his opinion, there are three reasons for this crisis: the coronavirus, the oil and gas situation, and the effects of seven-year stagnation.

The professor’s unnerving forecast is that gross domestic product will decrease by about 8%, real disposable incomes will fall by 8-10%, the state budget will decrease by 1.5 times, enterprises’ financial results will be halved and their number will be reduced by 1.5 times (due to the bankruptcy of small and medium-sized enterprises), while the number of poor in the country will increase to 30 million.

"In social terms, this crisis will be much deeper than the crisis of 2009, when GDP decreased by 8%, but retail decreased by only 5%. This time these indicators will be higher, considering the fact that the population’s disposable real incomes have been declining in previous years, and now new challenges have been added to that", he said.

At the same time, the academician recalled that the country managed to overcome the 2009 crisis: "in one and a half years we restored the maximum level of 2008". A serious anti-crisis programme was developed; 10.9% of the total gross product and $211 billion from gold and foreign exchange reserves were spent on it, including maintaining the ruble.

"Today, there is nothing like that in the Russian government’s measures. It’s unlikely that considering the current exchange rate we will spend more than 4% of GDP. Meanwhile, the United States and the leading European countries are assessing their expenses for overcoming the crisis at 15-20% of GDP. In these states, this is the first time since the Great Depression; and for the UK, it is the first time in 300 years", the academician added.

He is convinced that the amount that Russia needs to spend on overcoming the crisis is 10-15 trillion rubles a year (“of which 4-6 trillion in return money will go to the budget, and most of the money can be spent in the form of low-interest or interest-free loans”).

In his opinion, Russia’s Central Bank is not yet actively involved in the anti-crisis process. “The Central Bank has tightened lending terms for citizens, raised some interest rates; it hasn’t reduced the percent for new loans to citizens, although it has lowered the key rate by half a percent, promising to reduce it further. But this is not enough. It is extremely important to make the Central Bank a bank for socio-economic development, and make the banking system together with government measures focused on solving socio-economic problems. Banking assets are the main money bag”, the expert pointed out.

​​Professor Aganbegyan’s key point is that the pandemic has provided Russia with a unique opportunity to immediately move to socio-economic growth, rather than return to stagnation, after the crisis. “Stagnation doesn’t have a mechanism to exit it and move to growth; on the contrary, it causes only negative trends. The crisis has the most important mechanism for overcoming it. Most of the country’s industrial enterprises have resumed working, construction projects have opened. People won’t go on vacation right now; they will work hard to make up for income losses.

Of course, this will give a huge impetus. In addition, in April, oil prices were at $18, now they have already risen to $25; by the end of the year they can reach $30-35. This is a significant reimbursement of those 4.5 trillion rubles that we have lost due to the fact that oil and gas production revenues decreased by 2.5 times”, he explained.

In his opinion, in order to move to growth after the crisis, it’s necessary to quickly increase two main growth drivers: investment in fixed assets and investment in the knowledge economy, that is, in human capital.

Professor Alexander Dynkin, the president of the Institute of World Economy and International Relations and an RAS member, adheres to a completely different anti-crisis strategy. In his opinion, according to the May indicator of sovereign financial stability for groups of countries with emerging markets, Russia ranks first in terms of financial stability. Kazakhstan, Israel, and Poland are close to Russia in these indicators. South Africa, Ukraine, and Turkey rank last. There’s no need to talk about either a deficit or banking panic in the Russian banking sector.

The three announced support packages for the social sphere and economy are estimated at 4.1% of GDP, and they are not critical for financial sector sustainability. A reliable forecast that Russia will have a record grain harvest this year also gives rise to cautious optimism.

"I’m using economic categories, but if we have the second wave of the epidemic in autumn, the estimates will have to be reviewed, and the government is considering projected risks", he added.

The academic notes that the US administration is striving to solve the problem with one powerful financial blow.

"This is the result of two things. Healthcare with a colossal budget of 17% of GDP has been completely helpless during the first wave of the virus. The US death toll has far exceeded the number of casualties during the Vietnam, Afghanistan, and Iraq wars combined. The US administration can’t back down: the elections are on 3 November. We see that the US is pursuing a wartime financial policy. Meanwhile, its public debt is approaching 107% of GDP. The last time the US had such public debt was in 1946", the professor said.

US National Security Adviser O'Brien Compares China's COVID Response to Chernobyl Nuclear Disaster
According to him, the American strategy for overcoming the crisis will entail a number of problems that can only aggravate the deep recession if there is a second wave of the pandemic. An excess emission of money at record low interest rates risks leading to financial bubbles and a delayed inflation spike, the academician believes.

In general, he believes that the crisis of 2020-2021 is not a standard financial economic crisis, such as, say, the Asian crisis of 1997-1998; and this is not the Great Depression. This is a so-called external crisis associated with external circumstances, in this case, with a pandemic. There already are almost 4.5 million infected, while a third of a million have died. These are scary numbers for peacetime. They reflect the level of globalisation. In the 14th century, it took the plague 17 years to go from China, through Byzantium, to Europe by sea and the Silk Road. Today, it is days and weeks. Don’t expect overly dramatic changes. This didn’t even happen after the Spanish Flu of 1918-1920.

Decline of the Era of Megacities and the 'Offshore Person'

According to Konstantin Korishchenko, the head of the Department of Stock Markets and Financial Engineering at the RANEPA School of Finance and Banking, right after the pandemic, people will see the economy function in a completely different way. In his opinion, the pandemic has revealed serious structural changes in all three elements of the economy – production, sale, and consumption.

Thus, according to him, there is a large-scale economic experiment in terms of changing the nature of production: "in-office interaction has been forcibly turned into remote, and companies have switched to remote working mode". On the one hand, this has created great problems for them, and on the other hand, it has made it possible to assess what they didn’t dare to do before the pandemic.

The gradual development of e-commerce has followed an evolutionary path. Amid the epidemiological restrictions, suppliers were forced to quickly switch to an online buy/sell system. The consumption sphere also went through a similar forced transformation: people started going shopping much less frequently.

"In fact, we see companies that had previously adapted to e-commerce gaining advantages over existing retail chains focused on shopping centres. Marketplaces selling not only specific goods, but also carrying out complex sales, connecting the seller and buyer on the Internet, have come to the forefront. This leads to a significant increase in the number of logistics centres’ activities", the expert said.

He also added that the pandemic has given impetus to the global development of 3D printing, a mechanism that can supply various types of products - first of the simplest kind, and then more complex.

However, the scientist believes that the most dramatic changes are already taking place and will take place in the field of labour relations. According to some reports, 29% of the workforce in the United States can work remotely.

UK Government Reportedly Plans to Rescue 'Strategically Important' Companies Amid COVID-19 Crisis
According to preliminary estimates, remote working has turned out to be 1/3 third more efficient and two times cheaper for employers. Over the past few months, a problem has appeared related to the formation and framing of a digital identity. Data associated with a particular person becomes a key element of their functioning; the actual movement is associated with the movement of their digital data.

This will lead to a further blurring of borders: if yesterday you hired a Moscow-based accountant, tomorrow, when you work remotely, you will hire accountants, for example, from Minsk or Vladivostok. The "offshore person" will dramatically reduce your costs. After the pandemic, relations between companies and people will change: what we saw was one company and many workers; what we will see is one employee and several companies.

What will this lead to in terms of lifestyle? According to the expert, the working week will change from five days to a few hours in the office. As a result, people will move out of town. In effect, this will mean the start of the decline of the era of megacities.