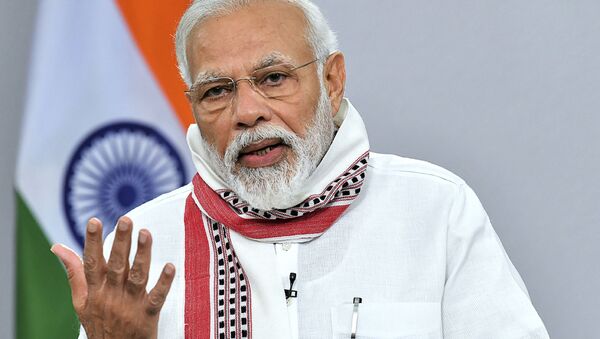 Ekaterina Blinova
All materialsWrite to the author
The Modi-led National Democratic Alliance (NDA) is strengthening its positions amid the pandemic, while the country's opposition is growing increasingly disunited, observes Indian journalist and author Suvam Pal, shedding light on the political landscape in the country and explaining what role India’s media plays in the power battle.

In late April, The Diplomat raised the question as to who could stand up to Prime Minister Narendra Modi in the future 2024 elections after the Bharatiya Janata Party's (BJP) major rival – the Indian National Congress – sustained a landslide defeat in 2019. After Rahul Gandhi resigned from the position of the Congress' president in the aftermath of the election loss, Captain Amarinder Singh (Punjab), Bhupesh Baghel (Chattisgarh), and Ashok Gehlot (Rajasthan) may potentially throw their hats in the ring in four years, the magazine alleged.

Modi Likely to Further Consolidate His Power by 2024

"I can hardly see any political tailspin the current Narendra Modi-led National Democratic Alliance (NDA) government is experiencing since it retained power in 2019", says Suvam Pal, a Beijing-based Indian media professional and author, stressing that neither the protests over the passage of the Citizenship Amendment Act (CAA) nor the coronavirus pandemic has shattered Modi's positions.

Quite the opposite, the journalist continues, Modi's approval ratings are soaring amid the COVID-19 outbreak. Given that the incumbent prime minister has four more years to consolidate his power, "it’s going to be a herculean task for the Congress" to outperform Modi, Pal suggests.

"[The National Congress] is currently in a confused state with incumbent President Sonia Gandhi taking over the mantle from her son Rahul after the party’s disastrous defeat in the 2019 general elections", he notes. "There has been a power struggle within the grand old party with Sonia-loyalist old guards locking horns with so-called Rahul loyalists, comprised of the Baba-Brigade or the princelings from the families of the party’s old regional satraps".

This "old versus young duels" are threatening to further fragmentise the party, according to the author.

"Punjab Chief Minister Captain Amarinder Singh has been regularly facing bouncers and beamers from his own party colleague and high-profile minister Navjot Singh Sidhu, a former Indian test cricketer, while Rajasthan Chief Minister and trusted old guard Ashok Gehlot has been continuously shadowed by another charismatic Young Turk of the party, Sachin Pilot", he remarks to illustrate his point.

At the same time, the journalist agrees that Chattisgarh’s Bhupesh Baghel "is certainly the new hope for the Congress", as he has not only "emerged stronger from a leadership vacuum in his state", but also outpaced over his own party's leaders and the opposition in the Congress-governed state "with his steadfast style of governance".

Still, Bhupesh Baghel cannot compete with the Gandhi family, which remains "firmly placed at the sanctum sanctorum of the party’s high command", being surrounded by "a loyal coterie of high-profile veterans", according to Pal. 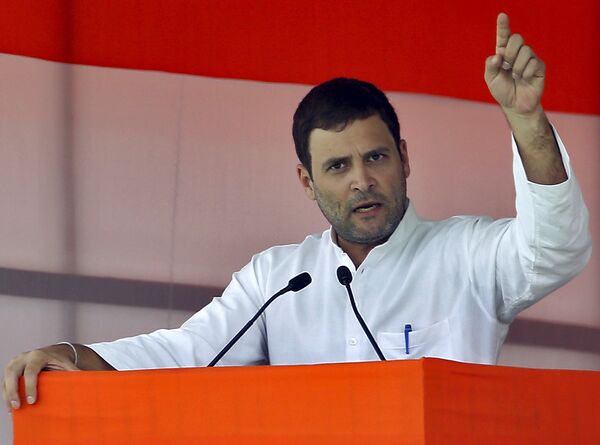 To complicate matters further, the Indian opposition in general is not unified, the author continued.

"Although each of the opposition parties has been unequivocally and unabashedly slamming the Modi government left, right and centre for the past six years, their electoral unification has remained a mythical entity like a Pegasus or a unicorn", he notes.

According to Pal, the reasons behind this include electoral or ideological constraints as well as individual aspirations of opposition political figures which prevent Modi's antagonists from coming together in the elections.

"Congress has been ruthlessly downsized in the past few national elections and state elections across India", he recollects. "Moreover, many of the leading opposition parties are either Congress offshoots or were born out of anti-Congress movements and thus, they often lack the required coherence with the Congress in their respective states of birth".

For example, the All India Trinamool Congress (AITC), one of the biggest parties in the parliament, was founded by Mamata Banerjee, the chief minister of the eastern Indian state of West Bengal, who broke away from the Congress to form her own political force. Having come to power, she cracked down on the National Congress in her state, reducing it "to an abysmally insignificant entity", Pal elaborates. Likewise, the Congress has difficulties in some of the other opposition-governed states, like Telangana, Andhra, Odisha, and Delhi, the journalist adds.

"Therefore, the opposition has been looking like a morbid mixture of chalk and cheese", the author opines. "However, no opposition unity can be stitched together without the Congress being the hub and the other opposition parties being the spoke. That’s a reality in Indian politics". 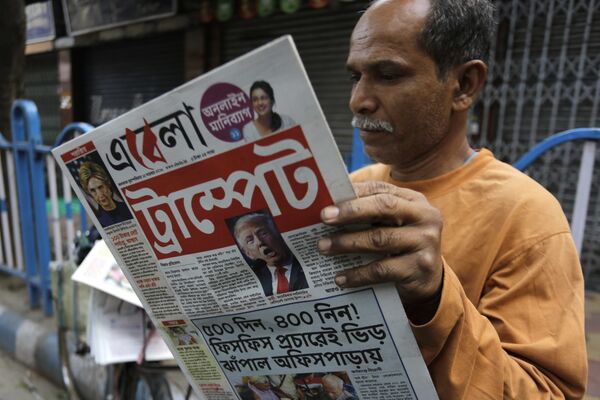 The Indian media is adding to the country's complicated political situation, being largely divided into two parts – anti-Modi and pro-Modi – ever since he assumed the position of prime minister, Pal notes.

"This has been a disturbing trend and the great media divide has been quite remarkably glaring and emphatically obnoxious", he says, adding that while the ideological battle is going on, news often takes the back seat. "As far as Modi’s handling of the pandemic is concerned, the media chaos and confusion have overpowered the real stories of success or failure related to the catastrophic contagion. This happens when unnecessary debates and biased opinions set the agenda of a channel or a publication, replacing the real presentation of news".

At the same time, the journalist rejects Western media claims that there is no media freedom in India under Modi. That's not the case, he argues, stressing that while there have been episodes when some media organisations were penalised by the governing party, opposition-controlled states have likewise attacked media pundits who were promoting an "undesirable" agenda.

"They have their own readership or viewership bases in different pockets or demographic spheres of India and play a key role as the 'fourth column' of the Indian democracy", Pal underscores, adding that "even though many of them toe the government lines from time to time, nobody can deny the fact that some of the biggest anti-government stories are also done by these same organisations".