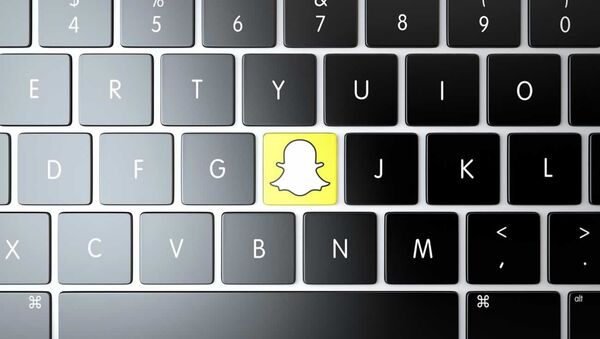 CC0 / /
Subscribe
New Delhi (Sputnik): India, with its huge population of millennials, makes for the largest market of several mobile applications including WhatsApp and TikTok among others. According to US-based analytics firm App Annie, Indians downloaded 40 billion apps from Google Play and Apple’s App Store between 2016 and 2019.

As testimony to its popularity in India, photo-messaging app Snapchat on Monday said it has witnessed 120 percent user growth in the country as of March 2020.

The platform that allows users to upload temporary at-the-moment pictures and videos called “snaps” for a 24-hour window noted a 20 percent hike in its global user base, taking the total number of active users to 229 million.

Even though the company does not officially reveal country-specific data, German analytics firm Statista notes that with 28.2 million users, India is Snapchat’s second biggest market.

@Snapchat
reveals 120% growth in userbase in India -- which, according to analytics firms is its second biggest market behind America. @NanaMurugesan @Snapchat

Snapchat was launched in the US in 2011. It shot to fame quickly in India, despite its CEO Evan Spiegel not considering a “poor country like India" for the platform’s expansion.

In 2015, Speigel had controversially remarked, “This app is only for rich people and I don't want to expand into poor countries like India and Spain". The statement was not taken lightly by Indian Snapchat users, who uninstalled the app, drastically affecting Snapchat’s business, even at a global level.

Later in 2019, after having realised the potential of the Indian market, the platform inaugurated its country office in Mumbai.

Along with the inclusion of several regional Indian languages on its system, Snapchat has been reaching out to Indian developers, in order to offer authentic features and Augmented Reality (AR) filters to its Indian as well as global users.

In 2019, the platform housed 11 Lens Studio workshops in colleges and universities across India. This year, in the wake of the COVID-19 pandemic, these sessions are being streamed online in partnership with several renowned institutes including the Pearl Academy and Symbiosis.

The app is often compared to Facebook-owned photo messaging app Instagram, which also offers Snapchat-like features and experience with AR filters and a 24-hour story format.

Instagram, however, is more popular and used in India with 88 million users as recorded by Statista.