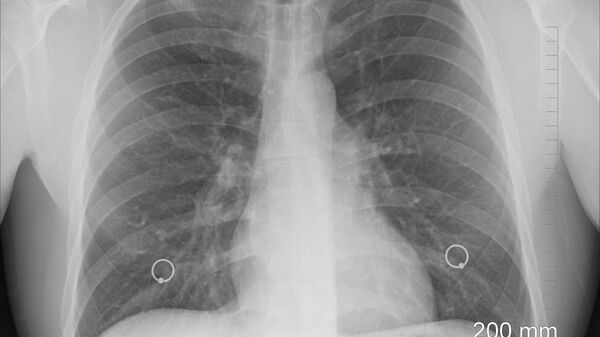 VIENNA (Sputnik) - Doctors of the Medical University of Vienna's General Hospital successfully carried out the first lung transplantation on a COVID-19 patient in Europe, the University said in a statement on Monday.

"Last week, the Department of Surgery of MedUni Vienna/Vienna General Hospital carried out an urgent and highly complex lung transplant on a 45-year-old woman from Carinthia, who has developed severe respiratory failure as a result of COVID-19. The team led by Walter Klepetko, Head of the Department of Surgery and of the Division of Thoracic Surgery, successfully replaced the patient's lungs, which had been damaged beyond repair, with new donor lungs", the statement said.

According to the head of the Surgery Department, the patients' condition is satisfactory after several days since the operation.

"We are very satisfied with the patient's condition, given the extremely difficult initial circumstances. Only a few days after the procedure, the patient is well on the way to recovery", Klepetko said, as quoted by the press release.

According to the university, there was no chance of the patient' lungs recovering, that is why medical experts decided to carry out the urgent transplantation. The donor's lungs were transferred from the Netherlands.

Russia
Moscow Appreciates Trump's Readiness to Deliver Lung Ventilators Amid Pandemic - Ryabkov
The global COVID-19 death toll stands at 333,401. More than 5,600 new deaths were confirmed in the past 24 hours, according to the World Health Organisation (WHO).