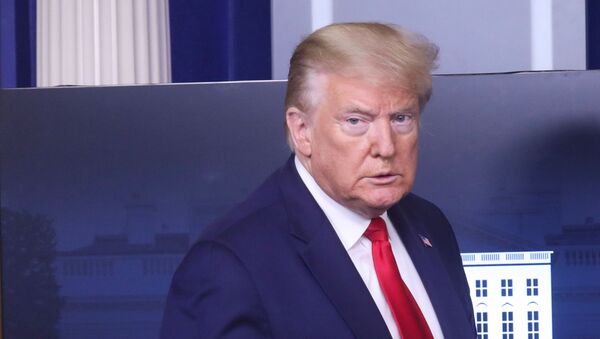 In a series of Twitter posts earlier, US President Donald Trump slammed social media giants including such as Facebook, Instagram, Twitter and Google for being "in total command and control of the Radical Left".

US President Donald Trump is considering the formation of a panel that would review complaints of bias against conservatives on social media, according to a report by the Wall Street Journal, citing unnamed official sources said to be familiar with the plan.

Although no final decision has been made, there remains a chance that Trump could decree a White House commission to oversee allegations of online bias and censorship, a panel that could encourage federal regulatory agencies to participate. The move would likely result in criticism from technology companies, the report noted.

"Left-wing bias in the tech world is a con­cern that definitely needs to be addressed from our vantage point, and at least exposed [so] that Americans have clear eyes about what we’re dealing with", an unnamed White House official claimed, according to WSJ.

Commenting on the idea of a new commission, a Twitter spokesperson said to media outlet The Verge that the social media company enforces "the Twitter Rules impartially for all users, regardless of their background or political affiliation", and stressed regular communication with elected officials to improve the platform.

The report follows a Trump tweet from last week in which the president claimed that social media companies are controlled by what he characterized as the Radical Left, citing a tweet by Right Wing pundit Michelle Malkin from her 'America First' clip suggesting that tech companies censor Americans, that was later removed from the tweet.

​Having thanked Trump for his support, Malkin outlined that her clip has been deleted, calling on Twitter for "playing games".

​This is not the first time that Republicans and conservatives have accused social media companies, communities and individual users of "shadowbanning" - restricting the amount of promotion and interaction from others without informing the user. In 2018, Trump blamed Twitter for shadowbanning "prominent Republicans", receiving a supportive response.

Yes! It's un-American & a violation of our rights. @Twitter has #Shadowbanned many mainstream Conservatives including myself. Must stop. https://t.co/gtqYuYS7V7 @jack @DonaldJTrumpJr @GOPChairwoman @foxandfriends @FoxBusiness @RepMattGaetz @Jim_Jordan @ChuckGrassley @bostonherald