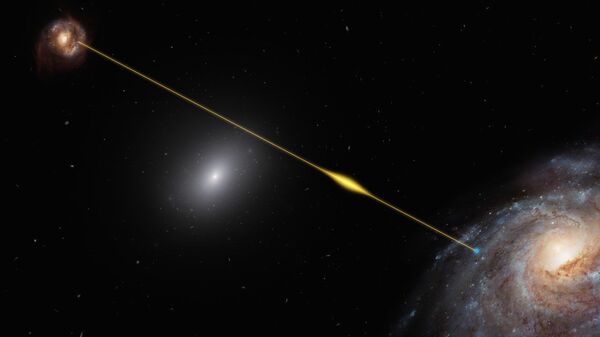 © Wikipedia / ESO/M. Kornmesser
Subscribe
Lilia Dergacheva
All materialsWrite to the author
New astronomic findings seem to have dealt a blow to persistent alien radio communication theories, or at least provided food for thought when it comes to super-distinct signals from outer space.

Launched in 2017, the STARE2 programme (Survey for Transient Astronomical Radio Emission), planned to search for FRBs by surveying broad swathes of our universe, has recently managed to pick up something extraordinary coming from deep space - a so-called fast radio burst (FRB) from  a soft gamma repeater named SGR 1935+2154.

"Lo and behold, we found a mega-jansky burst", Shrinivas Kulkarni, a professor of astronomy and planetary science at the California Institute of Technology, told Newsweek, detailing the discovery from late April.

Whereas the CHIME team, in a parallel survey involving the revolutionary Canada-based telescope, picked up the fast radio burst as if out of the corner of its eye, STARE2 captured FRB 200428 (Fast Radio Burst YYMMDD) more directly, detecting more than 1.5 million janskys—a radio astronomy unit corresponding to the amount of power received bya surface - something that is generally perceived by the human eye as “brightness”.

Despite not being so bright when measured from Earth, for a millisecond or more fast radio bursts can outshine entire galaxies.

The millisecond radio bursts are so different from every other galactic and cosmological radio signals that only something as strange as magnetars might explain them, the team has concluded.

Describing unfolding processes, Kulkarni highlighted there is a great amount of strain inside this magnetar, acknowledging though that the magnetic field is so powerful that “it's literally trying to reshape the star", something prevented by gravity.

"Gravity is more powerful. So the gravity keeps the star a nice, round sphere. So the big tension inside the magnetar releases like an earthquake", Kulkarni recounted.

This elegant explanation appears to add to the popular alien theory. 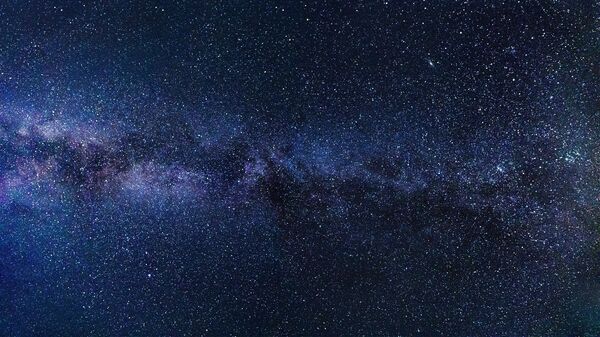 Because we most often think of radio as a means of personal, internal communication, deep space signals have triggered talk about the possibility of extraterrestrial civilisations coming into play.

"For fast radio bursts, and this would apply to any unexplained phenomena in radio astronomy, the problem with the mystery of FRBs isn't that we can't think of what could cause it", astronomer Paul Scholz, part of the CHIME team shared with Newsweek, stressing a slew of different natural phenomena could in theory power a fast radio burst.

“We just haven't been able to determine which ones are causing it", Scholz added.

The scientist believes that since "we have all those natural phenomena", there's hardly any reason to bring in extraterrestrial intelligence as “that's a much more difficult theory to fit to the data".

However, certain connections to extraterrestrial reality still apparently apply. As human civilisation emits radio waves out into space, it's reasonably assumed that extraterrestrial civilisations, if they really exist, might do the same, making radio astronomy one of the main pillars of programmes like the Search for ExtraTerrestrial Intelligence (SETI).

Radio bursts were first described by West Virginia University Professor of Physics and Astronomy Duncan Lorimer, who dug into archival pulsar survey data in a 2007 article for the academic journal Science.

Lorimer and his team assumed that this "entirely new class of radio source" could be produced "by exotic events at cosmological distances, bringing up merging neutron stars or evaporating black holes in far-away galaxies as potential sources for the brief, but overwhelmingly strong radio bursts.