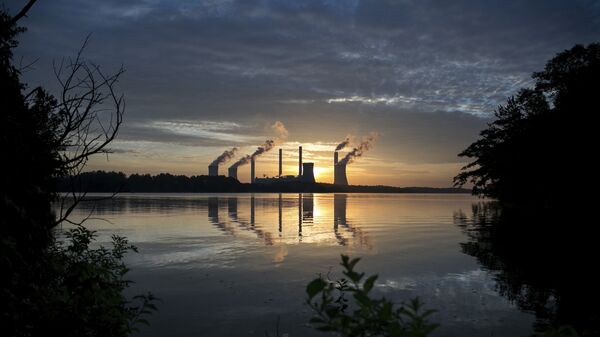 There is a link between COVID-19 and increased global warming due to the rarely-discussed phenomenon of “aerosol masking,” Guy McPherson, scientist and professor emeritus of natural resources and ecology and evolutionary biology at the University of Arizona, told Radio Sputnik’s Political Misfits Friday.

McPherson told hosts Jamarl Thomas and Bob Schlehuber that while he has been teaching students about “ the consequences of a warming planet for things like infectious disease” for decades, the relationship has so far remained under the radar until this most recent crisis - a phenomenon all too common in scientific work.

“One of my recent peer-reviewed journal articles, published less than a month ago, is titled ‘Will COVID-19 Trigger Extinction of All Life on Earth?’ That’s how important these little things are, small things like viruses. They have profound impacts that scale up to us as individuals and to our entire society,” he said.

As McPherson explained, the burning of coal and other fossil fuels by industrial activity produces aerosols such as soot. These pollutive particles act as an umbrella layer in the upper atmosphere, preventing radiation from reaching the Earth. Paradoxically, less industrial activity results in less protection for the planet from solar rays.

“We’ve known about this for a while,” Mc Pherson said, noting a BBC report on the phenomenon as early as 2005. “But as the scientific information and scientific knowledge accumulates, as with almost everything else, the situation grows worse with every new paper. And so the latest evidence [shows that] as little as a 20% reduction in industrial activity will trigger very quickly a 1-degree [Celsius] global average temperature rise.”

“That might have already happened, and we just haven't felt it yet, but we experience things like temperature increases because of what happens to plants. So, if the crops fail or the fires burn even more trees than they’re burning now, we have entire forests wiped out, then we are going to notice,” McPherson explained.

“So, I suspect come September, October, maybe November of this year, we’re going to see declining crop production or harvest of the crops as a result of a reduction in aerosols that oddly enough resulted from this virus that caused a decline in industrial activity,” McPherson explained.

McPherson’s paper notes that aerosol masking was first described by English scientist Gerry Stanhill, who worked in Israel, when he compared Israeli sunlight records from the 1950s with newer records. He found that between the 1950s and the early 1990s, the amount of solar energy reaching the Earth’s surface decreased by 22% in Israel and 10% in the USA.

“This visible air pollution reflects sunlight back into space, preventing it from reaching the surface. But the pollution also changes the optical properties of clouds. Because the particles seed the formation of water droplets, polluted clouds contain a larger number of droplets than unpolluted clouds. Recent research shows that this makes them more reflective than they would otherwise be, again reflecting the sun's rays back into space,” the BBC explains.

A 2016 paper published in the journal Science used global climate models to show that eliminating aerosols from industrial activities would increase the global average temperature by between half a degree and 1 degree Celsius. The models were based on surface temperature trends between 1980 and 2005.