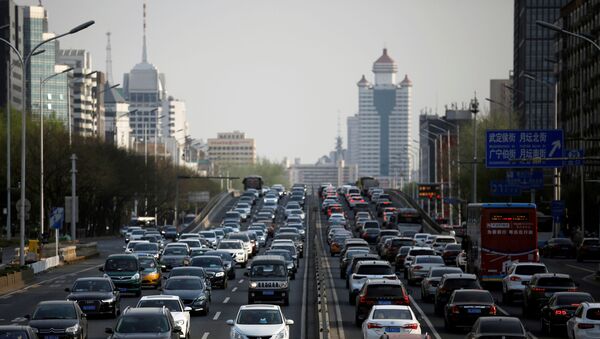 In China, demand for oil is recovering to its pre-crisis levels. Bloomberg reported, citing sources in China’s energy sector, that gasoline and diesel fuel consumption is growing, with oil refiners increasing fuel processing by 11 percent.

Production restoration and the gradual normalisation of life in China are reviving the global oil market.

In the first quarter of this year, the oil market experienced its worst hit in decades. WTI benchmark oil prices fell to negative levels. And although such an anomalous situation didn’t last long, and was partly due to the fact that a futures contracts deadline was fast approaching, the general trend was still evident: the market was bottoming out.

There were two reasons for that. First, the OPEC+ deal fell apart and the world’s largest oil producers started increasing production. Secondly, because of the coronavirus epidemic, the Chinese economy, as well as the rest world economies, has almost stopped. The borders between countries have closed, and air traffic has ceased. The self-isolation regime introduced in most countries has sharply limited internal migration, which has led to a sharp drop in oil demand. In the United States, for example, transportation consumes 70% of oil. Every day American drivers burn about 9 million barrels of fuel. Not surprisingly, the reduction in personal travel has led to an oil price collapse. 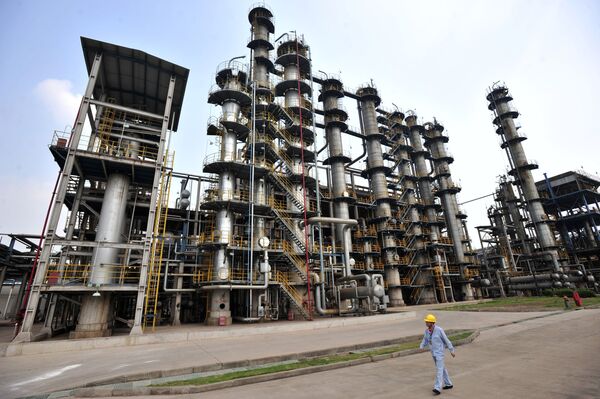 This photo taken on May 10, 2011 shows a worker walking by at an oil refinery of China's Sinopec, in Wuhan, central China's Hubei province
© AFP 2022 / STR

China will therefore ensure stable oil demand. And this is important since China is the world’s largest crude oil consumer. How the global market situation develops will also depend on how quickly other countries come out of the crisis, Huang Xiaoyong, Head of the Centre for International Energy Security at Chinese Academy of Social Sciences, says.

“In China, consumption has started to gradually grow. Production activity is also gradually recovering. Other countries, such as the United States, have also started to gradually ease restrictions. However, in general, it’s now quite difficult to assess the situation. Therefore, I believe that by the end of the year the global oil market will certainly recover to a certain extent, but it’s difficult to say whether it will be at the same level as before the epidemic. To a certain extent, the growth in oil demand from China can support the world market, but if we talk about a full recovery from the crisis, we need to look at how quickly oil consumption is restored in other countries around the world.”

At the moment, China’s oil consumption is below pre-crisis levels, mainly due to continuing restrictions on air transportation. However, the demand for diesel fuel is growing. The Chinese agro-industrial complex is now operating in emergency mode: due to quarantine measures, the sowing time has shifted, so it needs to catch up to ensure food security.

The changing transport preferences of the Chinese also support oil demand. Most city dwellers now prefer using private cars or at least high-speed trains, even for internal travel. According to TomTom, the supplier of personal and mobile navigation devices, in most of China’s major cities, except Beijing and Shanghai, traffic density has returned to its pre-crisis level or even exceeded it. In Shenyang, Chongqing and Tianjin, during peak hours, traffic density is even exceeding last year’s level by 10-50%.