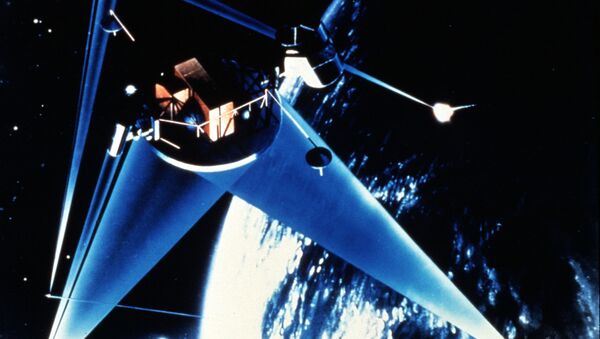 The US withdrawing from arms control treaties is, along with its recently admitted push for offensive space capabilities, part and parcel of its quest for war to defend its world position as “king of the hill,” two experts told Sputnik Thursday.

On Thursday, US President Donald Trump announced the US was leaving the Open Skies Treaty with Russia, and reports emerged hinting the US may back out of the New START Treaty as well. Just days prior, Trump showed his hand in comments hailing space as a future site for offensive military action.

Karl Grossman, a full professor of journalism at the State University of New York, College at Old Westbury and the host of a nationally aired television program focused on environmental, energy and space issues; and Bruce Gagnon, coordinator of the Global Network Against Weapons & Nuclear Power in Space and a contributor to Foreign Policy In Focus, joined Radio Sputnik’s Loud and Clear Thursday to discuss the developments.

“Tragic, absolutely tragic,” is how Grossman described the news that the US could leave New START, a 2010 treaty between the US and Russia limiting nuclear weapons stockpiles that’s set to expire next year.

“Treaty after treaty is being broken, and the Trump administration is withdrawing the United States from vital, critical, important treaties that have worked. It’s just tragic, and the big question is: where is this going to lead? I think the answer to that is obvious,” Grossman said. “It’s a three-letter word: ‘war.’”

Gagnon noted that “this particular treaty is a major arms control treaty that restricts nuclear weapons on either side. It’s very clear that the United States, during the Obama administration, President [Barack] Obama came forward with a plan to spend a trillion dollars over the next 20 years on a new generation of nuclear weapons. So, the US really doesn’t want to be restricted by any treaties.”

Indeed, the same thing happened when the US withdrew from the Intermediate-Range Nuclear Forces (INF) Treaty in August 2019: just days later, it tested weapons already in development that would have violated the treaty’s limitations on ground-based missile ranges.

“This is not just a Trump thing; this is a bipartisan effort,” Gagnon told host John Kiriakou, recalling that Obama’s predecessor, George W. Bush, similarly withdrew from the 1972 Anti-Ballistic Missile Treaty in 2001.

“This is all about dominance. Treaties, essentially, create a certain stability between the various competing sides so that not one side would have an advantage over the other. But when you’re going for dominance, both on the Earth and in space, then treaties become problematic, and that’s why the US is moving away from all these treaties: it wants to dominate, and it’s willing to, essentially, take us back to the brink of World War III, a nuclear war, in order to gain that dominance,” Gagnon said.

‘Space Weaponization Cat Out of the Bag’

On May 15, US President Donald Trump told Pentagon leaders at the White House, "Space is going to be … the future, both in terms of defense and offense in so many other things."

The messaging clashes sharply with the way the Trump administration has postured as having created the US Space Force (USSF) as a reaction to the supposed moves by China and Russia to militarize space.

“It was not our choice to make space a warfighting domain,” USSF Vice Commander Lt. Gen. David Thompson told the Mitchell Institute Space Power Forum earlier this month. “Our adversaries have made it very clear that they intend to limit or remove our use of space in crisis and conflict, and just as in every other domain, we will not allow that to happen, we can’t allow that to happen in space.”

By contrast, he said, both China and Russia are deterred from attempting to militarize space, if by nothing else, simply because of “the great expense.”

This, Grossman said, was Trump “letting the space weaponization cat out of the bag and acknowledging that what the US is up to is offensive in nature,” recalling that Trump in the past referred to the Space Force as “taking the high ground.”

“You put it all together, and the US is talking about an offensive, hugely expensive military program in space - and let me just add, Russia and China are not going to allow this. They’re not going to allow the United States to somehow control space and, from the ‘high ground’ of space, control the Earth below,” Gagnon said.

“No, they’re going to meet the US in kind, and that’s why the future, particularly with arms control treaty after treaty being broken by the United States  - I hate to say it, it sounds apocalyptic, but I think it’s real, that what we’re heading for would be war and in particular, space war.”

“I think that the aerospace industry really had this whole thing lined up,” Gagnon said. “When Trump came into power, they were very eager to make it happen, and they would have been doing the same if Hillary Clinton had won the election, actually. They would be moving in the same direction.”

“For me it all comes back [to] this narrowing, closing window,” Gagnon told Sputnik. “The US has, since World War II, been the ‘big boy on the hill,’ but those days are over as China, Russia, India, Iran, Brazil - you know, other countries are emerging around the world, creating what’s called a ‘multi-polar world,’ meaning more than one power is involved in making decisions, rather than the US at the top of the mound. And so the United States, very sadly, very wrongly, is trying to maintain that control, trying to stay as ‘king of the hill,’ and so they view space, they view the Space Force as a way to do it.”

“So it’s the corporate forces that are really driving this. They’re the ones that see themselves as controllers of the world, corporate money, corporate capitalism, and they’re pushing all of these moves in order to try to essentially take down or make Russia and China and other countries get on their knees again,” Gagnon said.

However, he cautioned, this was a “real miscalculation, a real historical miscalculation on the part of the United States. The sad thing about this is, they’re going to take damn near every dollar that we have in this country to pay for this supposed control-and-domination system of space and the Earth below.”

The irony, Grossman pointed out, is that it was former President Dwight D. Eisenhower who both created the US space industry and warned of the need to “guard against the acquisition of unwarranted influence, whether sought or unsought, by the military-industrial complex” in his 1961 farewell address.