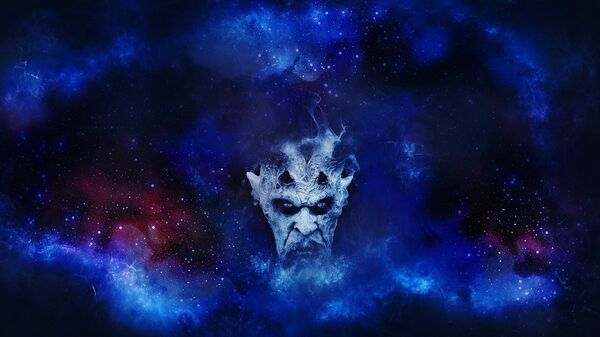 CC0 / /
Subscribe
International
India
Africa
Death Angel had been on a February tour in Europe when some of the band members began to feel ill. Not until returning home to San Francisco did their drummer, Will Carroll, begin to feel the effects of an oncoming case of the COVID-19 coronavirus. After a 12-day coma and heart failure, he is now on his way to recovery.

Will Carroll, the drummer for California thrash metal band Death Angel, claims he "plummeted down to Hell" and was punished by Satan while in an induced coma during his coronavirus illness.

Speaking to the San Francisco Chronicle on Thursday, Carroll claimed that a female devil rebuked him for sloth and morphed him into a “Jabba the Hutt-like-monster” that vomited blood until it had a heart attack.

Healthcare workers are the true heroes right now, whom which we are so grateful for. The SF Chronicle spoke to Will and the incredible medical team at California Pacific Medical Center that carried him through COVID-19. Cheers to each and every one of them! . . https://datebook.sfchronicle.com/music/for-death-angel-drummer-coming-out-of-coronavirus-coma-was-like-escaping-hell . . . #deathangel #deathangelofficial #willcarroll #sfchronicle #covid19

On 30 March,when he woke up from his coma, there were “tubes coming in and out of me, and there was a nurse right there", he said.

He said that after waking from his "Hell" experience, which he described as a "rebirth", he will stop drinking alcohol, taking bong rips, and only drink an occasional hard cider or cannabis edible.

“I’m still going to listen to satanic metal, and I still love Deicide and bands like that,” Carroll affirmed to the Chronicle. “As far as for my personal life and my experience of what I went through, I don’t think Satan’s quite as cool as I used to", he quipped.

Carroll claims to now believe in a Christian god, after nearly dying, noting that he feels that "the prayers from his family and friends helped him pull through".

The 47-year old drummer was comatose while attached to a ventilator at the California Pacific Medical Center for two weeks in March, after contracting the virus during the band's tour in Europe.

My prayers go out to my friends Chuck & Tiffany Billy who just tested positive w the coronavirus...as well as my friends Gary Holt & Will Carroll who are struggling too...I have so many friends that were on this Testament/Exodus/Death Angel tour...I’m praying for all of them 🙏 pic.twitter.com/5ilN1mumNk

​Doctors "chemically paralysed" Carroll so they could place him on a ventilator. The drugs he was treated with were so "taxing" on his body that his heart failed within the first few days.

Hydroxychloroquine and remdesivir were used to treat him and his body was turned over onto his stomach for 18 hours each day to ease the flow of oxygen throughout.

Carroll was among the first patients in California to become critically ill with the virus, which has since infected thousands across the state.

There are have been 81,795 confirmed cases of coronavirus in California and 3,334 deaths.