Antibody Study Reveals No Sign of Herd Immunity in Sweden 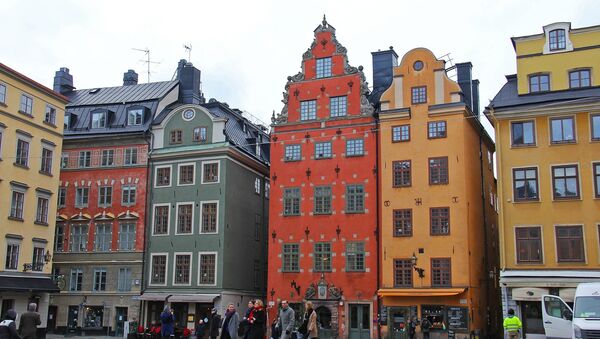 Despite Swedish health officials and scientists placing their bets on herd immunity, merely 7.3 percent of Stockholmers, residents of the city most hit by COVID-19 in the entire country, appear to have developed antibodies.

Fewer Swedes than previously thought have developed COVID-19 antibodies, tests by the National Health Authority have indicated, calling into question the country's hopes to achieve herd immunity in the near future.

Stockholm appeared to have the largest percentage of positive antibody tests at 7.3 percent, almost twice as high as 4.2 percent in Skåne County and 3.7 percent in Västra Götaland County, which are home to the country's third and second-largest cities, Malmö and Gothenburg, respectively.

This figure left many scientists baffled, including Stockholm University Professor Tom Britton, who initially predicted herd immunity at some point in May, later to shift his prognosis to June.

“This means mine and National Health Authority's forecasts may have been completely wrong” the math professor told national broadcaster SVT, seeing it as “bad news for herd immunity”. “I believe everyone would be much happier if more antibodies had been developed,” he added.

Britton also mused that everyone who is infected may not necessarily develop antibodies. At least not to a level that can be detected by tests. This possibility was also stressed by immunologist Petter Brodin.

“It may be that you have a mild infection and hence very weak measurable antibodies. This does not mean that you lack immunity, even if the antibody test is negative,” Brodin ventured, stressing that the tests are not perfect.

Bjorn Olsen, a professor of infectious medicine at Uppsala University and a critic of Sweden’s pandemic response, labelled herd immunity a “dangerous and unrealistic” perspective.

“I think herd immunity is a long way off, if we ever reach it,” Olsen said.

“It's not 7 percent now. We are somewhere at 20 percent plus in Stockholm,” Tegnell assured.

Nevertheless, Tegnell, who has repeatedly touted herd immunity as a solution, remarkably distanced himself from this goal. Only a vaccine can really stop the infection, and anything else is a myth, he said.

“An immunity that completely stops the infection will not happen. There is no reason to believe it. What an immunity in the population can give is that it can keep the spread of infection down so that health care and others can manage it,” Tegnell explained at a press meeting. “But it will never be that the infection disappears. The type of herd immunity where you completely push out an infection can only be obtained in combination with a vaccine. So that myth, which we never really talked about, we can drop it.”

Since the outbreak of the epidemic, Swedish politicians and healthcare officials, including Tegnell, have come out with contradictory messages about herd immunity, alternating between praising it as the only reliable solution and disavowing it as a strategy. Some lower-tier epidemiological authorities openly admitted that herd immunity was indeed the goal.

With its standalone no-lockdown approach, Sweden has seen 31,523 confirmed cases and over 3,830 deaths. Sweden’s strategy of keeping most schools, restaurants, bars and businesses open has led to domestic and external criticism due to death rates running far higher than among its Nordic neighbours.