‘All of the World Will Be Affected Negatively’ if Africa is Forgotten Amid COVID-19, Says WHO Expert 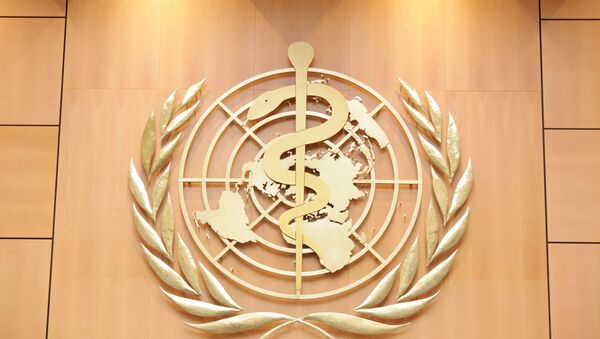 CC BY 2.0 / US Mission to Geneva /
Subscribe
Mohamed Elmaazi
All materialsWrite to the author
A new model predicts that almost a quarter of a billion people in Africa will be infected within 12 months without adequate measures to control the novel coronavirus' spread. Between 4.6 to 5.5 million people could be hospitalised under this scenario, severely straining limited health resources.

Nearly 250 million people could catch the novel coronavirus (COVID-19 aka SARS-CoV-2) across the African continent, with up to 190,000 of them dying if African countries don’t receive the support that they require. This is according to the latest peer-reviewed report by experts from the World Health Organization (WHO), due to be published soon in the British Medical Journal.

Dr Humphrey Karamagi is the Team Leader for Data, Analytics and Knowledge Management in the WHO Regional Office for Africa and co-authored this latest report.

Sputnik: How will non-African countries be affected if the African continent doesn't get the support it requires to avoid the worst-case scenario that your model predicts?

Dr Humphrey Karamagi: All countries of the world will be affected negatively. At present, WHO has said it anticipates the virus would be around the globe for a few years.

Sputnik: Your report says that previous predictive models have failed to adequately reflect the socio-ecological factors which are unique to many African countries.

What is different about your model that results in a more fair and accurate prediction of what we can expect to occur in Africa?

Dr Humphrey Karamagi: First, it takes into consideration new information about the epidemiology of SARS-Cov_2 infection, which the other models may not have had.

Second, it incorporates the information on how the infection interacts in the body to cause severe disease, particularly in relation to the elderly, and people with obesity, diabetes or are on hypertension management.

Third, it captures a wider range of socio-ecological factors influencing transmission, all of which country specific data is used to build country-specific models of transmission.

Sputnik: What must be done to avoid the worst-case scenarios of healthcare systems being overstretched due to the COVID-19 outbreak?

Dr Humphrey Karamagi: Effective public health measures focusing on the need to test, isolate, treat and quarantine suspected cases. The aim is to interrupt transmission enough to reduce the risk of infection to a level where a country can effectively respond to the cases its health system can manage. This will avoid unnecessary deaths and costs.

Sputnik: The African continent appears to have suffered less from COVID-19 compared to Europe, the US and parts of Latin America thus far.

Why is that? Could it be that a lack of sufficient testing is hiding the true figures of those who have contracted the virus?

Dr Humphrey Karamagi: There are a number of potential explanations:

First, it could be that Africa is still at the early phase of the pandemic that Europe and America went through given its lower rate of transmission postulated from the model. Cases are now increasing in countries where public health containment measures are not effective and reducing in countries where they are (like Mauritius, Eritrea).

Secondly, levels of testing are very low in some countries and many cases may not be detected. As seen in the rest of the world, it is important to have expansive testing in order to identify and respond to cases.

Sputnik: Is your model open source and can its assumptions and data can be scrutinised and evaluated?

Dr Humphrey Karamagi: Obviously it is, and has even been peer reviewed by independent experts. All countries have received and are using it through the WHO Country Offices.

000000
Popular comments
COVID-19 is mainly a disease that affects rich western countries. No African countries are in the top 3, top 5 or top 10.