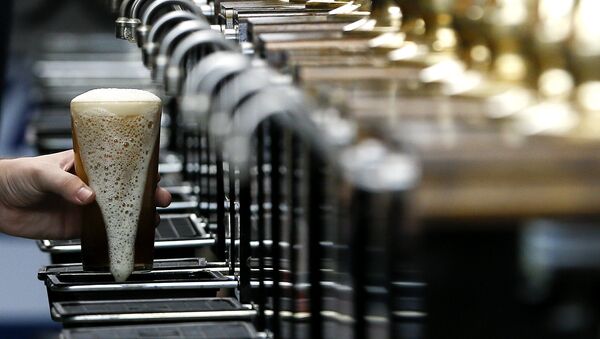 Danish 15-year-olds drink more frequently and are more likely to have been drunk than children their age from any other country in Europe, according to a new study by the World Health Organisation.

According to a new report by the World Health Organisation, 82 percent of Danish 15-year-olds have tried alcohol, compared to 59 percent on average in Europe as a whole.

In the survey, 65 percent of Danish 15-year-olds confessed to having drunk alcohol in the preceding month, and 42 percent said they had been drunk at least once. All of those figures are well above the EU averages – about twice as high.

“Denmark and Greece had the highest levels of both lifetime and current alcohol use at age 15, while Azerbaijan and Kazakhstan had the lowest,” the report found.

“The largest age-related increases for lifetime alcohol use were found in Germany (60 percent) for boys and Denmark (76 percent) for girls. Denmark also had the largest increase with age for current use among both boys (55 percent) and girls (65 percent).”

On an related note, the report also found that despite the fact that Danish 15-year-olds drank heavily compared to their European peers, they also were the best at practising safe sex. The Danish adolescents led the way in Europe, with just 8 percent confessing to not using condoms or contraceptive pills the last time they had sexual intercourse. In Malta, meanwhile, that figure was at an astounding 52 percent.

“The worrying story is that we had had some improvement in the alcohol data, but over the last four years, we have seen some tendencies in the wrong direction and that is probably why we are staying in the very bad end”, Mette Rasmussen, who led the Danish part of the project at Denmark's National Institute of Public Health, told Danish Radio.

“We have a social alcohol drinking culture in Denmark. Alcohol is a key thing in being together, when we meet with friends and go to parties, and that actually goes for both adults and adolescents,” she said. “At the same time, we drink a lot, we binge drink.”

She said that Denmark was also unusual in Europe in allowing teenagers as young as 16 to buy alcohol, and in having comparatively low prices for alcohol, at least compared to its Nordic neighbours, at least. Swedes from border areas travel to Denmark in droves to hoard liquor, a phenomenon known as “spritresa” or “booze cruise”.

Among Danish adults, however, the drinking habits are far from alarming, in comparison with other Europeans. According to the World Health Organisation, Lithuania, Czechia and Germany are in the lead among EU nations in alcohol consumption per capita, with Denmark modestly placed in the bottom half.