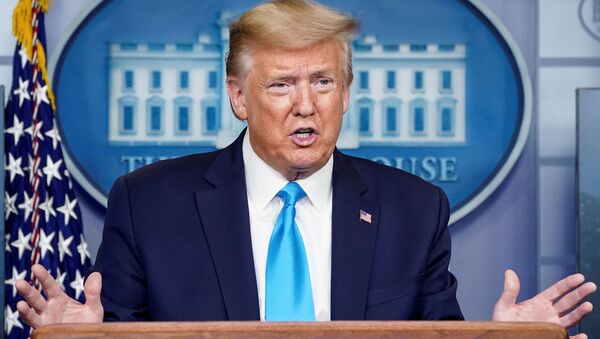 © REUTERS / Kevin Lamarque
Subscribe
Michigan’s secretary of state Jocelyn Benson announced on Tuesday morning that all registered voters would be mailed an application to vote by mail in November, adding that “voting by mail is easy, convenient, safe, and secure”.

Threatening to hold up federal funding for Michigan, Trump had mistakenly lashed out at “rogue” Benson, believing she intended to send absentee ballots, while in actual fact the official had referred to voter applications for the ballots.

Breaking: Michigan sends absentee ballots to 7.7 million people ahead of Primaries and the General Election. This was done illegally and without authorization by a rogue Secretary of State. I will ask to hold up funding to Michigan if they want to go down this Voter Fraud path!..

​In a reply to his tweet, Trump tagged his chief of staff Mark Meadows, the US Treasury and director of the federal Office of Management and Budget, Russ Vought.

Trump also threatened the state of Nevada if the state sends "out illegal vote by mail ballots."

Benson was swift to respond on Twitter, explaining that the state intended to send applications, not ballots to qualified voters.

Hi! 👋🏼 I also have a name, it’s Jocelyn Benson. And we sent applications, not ballots. Just like my GOP colleagues in Iowa, Georgia, Nebraska and West Virginia. https://t.co/kBsu4nHvOy

​In a statement on Wednesday morning, Benson's spokesman Jake Rollow underscored that applications are mailed nearly every election cycle by both major parties.

"We have full authority to mail applications to ensure voters know they have the right to vote safely by mail," said Rollow, cited by The Detroit News. 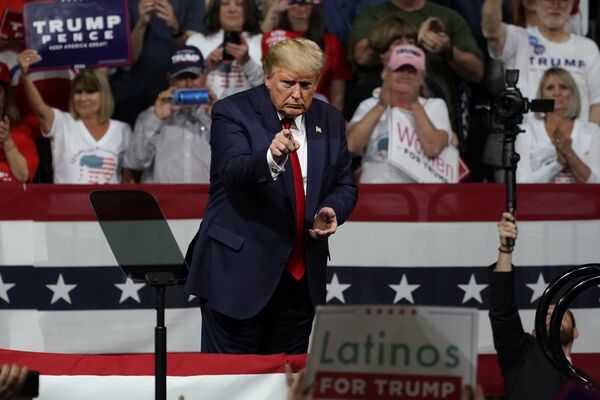 “By mailing applications, we have ensured that no Michigander has to choose between their health and their right to vote… We know from the elections that took place this month that during the pandemic Michiganders want to safely vote," said Benson.

President Donald Trump has frequently denounced the use of absentee ballots, despite the current coronavirus concerns, stating that it might enable voter fraud.

US political analyst Paul Taylor says that voter fraud has been "out of control" for many years and explains that when he ran for Senate back in 2018 in California "seeing the results favor a candidate who no one knew win 51/58 counties and me winning only 3 out of 58 - we believe the results were reversed."

"This year, the worry is greater with the virus giving the left, who in many of the large states control voting, that they will drag the shelter in place for forcing voters to vote by mail. I have an entirely different opinion how they do it. My findings indicate it’s easier to change the computer results and make the voters think is the ballots", he opines.

As for Trump using his emergency powers, Taylor believes that the debate can get lengthy "due to whether he or even a Governor has the power aside from the Constitution".

"In the case of Michigan, I would guess that he received incorrect information from a staffer or someone inside the White House. Having said that, it appears to me and many others that Donald Trump has a stronger lead with the virus due to rogue governor’s overreach with their own unconstitutional powers damaging the economies, people’s incomes and the personal rights like Freedom of Religion, Freedom of Assembly. Our California Governor, Gavin Newsom, has used this virus to wield his power without concern how he’s punishing his own Democrat voters. Indications show they will strike back by voting for Republicans this time. I believe the President has little concern about November", Taylor adds.