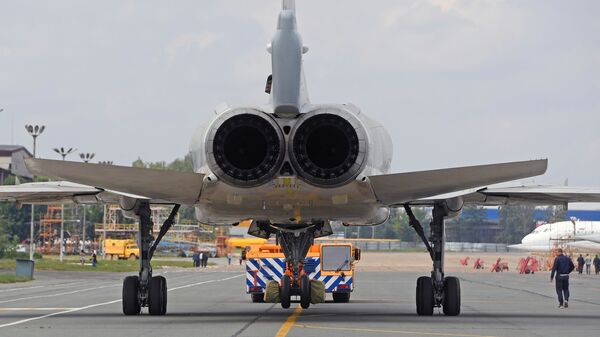 The Russian TV Channel "Zvezda" has published a video of the flight of Tu-22M3 Russian bombers over the neutral waters of the Black Sea.

The video shows the take-off of the bombers, as well as their flight over the sea, filmed from the cockpit.

According to the Defence Ministry, the aircraft crews flew about 4.5 thousand kilometers and were in the air for more than five hours; at certain stages they were accompanied by fighters from the Southern Military District.

Long-range pilots regularly fly over the neutral waters of the Arctic, North Atlantic, Pacific Ocean, Black and Baltic Seas. All flights of the Russian Aerospace Forces are carried out in strict accordance with the International Rules for the Use of Airspace.