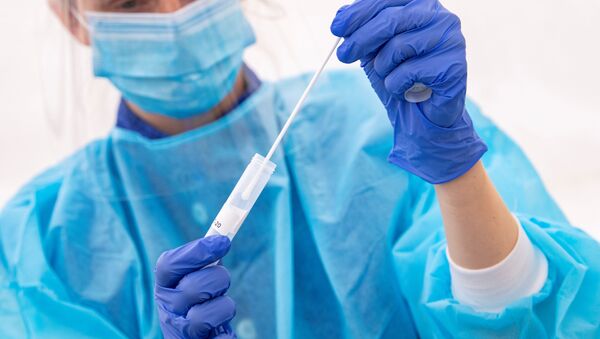 April was found to be the deadliest month in the Scandinavian country since 1993, which in turn was the deadliest year since the 1918 Spanish flu epidemic, Statistics Sweden reported.

The US, the world leader in total COVID-19 deaths at over 90,000, has 4.17 deaths per capita, whereas Finland, Sweden's neighbour, which is in the process of reopening the country from a weeks-long lockdown, only has 0.75 coronavirus deaths per million inhabitants.

Sweden's state epidemiologist Anders Tegnell responded by saying that calculating and comparing death rates in different countries was a very complicated task. One particular reason, he ventured, is that the infection spreads differently in different countries. In Sweden, he said, half of the population lived in areas with an extensive spread of infection. In other countries, only pockets of infection have been severely affected.

“It is difficult to compare a country like Sweden, where there is a spread among 50 percent of the population, with a country like the US, where there are quite a few cases, but where large parts of the country remain largely unaffected. Counting per capita is very strange,” Anders Tegnell told the newspaper Svenska Dagbladet.

Anders Tegnell referred to New York in the US, which with its 8 million population is comparable to the entire nation of Sweden, yet has significantly higher death rates. The entire US, by contrast, has much lower death rates, if counted per capita.

“Geography must not be forgotten. It changes the death toll quite sharply,” Tegnell suggested.

Another factor that makes it difficult to correctly interpret the death toll is the fact that the exact proportion of the population infected by the virus remains unknown. Yet another is the difference in reporting methods. While some countries count all COVID-19 fatalities, others only include those who succumbed to the disease in hospital. In Sweden, anyone who dies within 30 days of being diagnosed with COVID-19 is included in the death toll, Tegnell said.

“No country has more complete statistics than we. We know that many countries only report those who die in health care. In that case, our figures would be less than half as high,” Tegnell said.

According to him, the weekly death toll is not the best proxy for gauging the situation.

“We have to look at this when it's over. Of course, it is terrible that we have had such high death rates in our retirement homes and it really becomes a lesson for many who work within this trade for the future,” Tegnell said.

In a recent interview with the BBC, Tegnell adamantly defended Sweden's no-lockdown strategy, which has raised eyebrows and triggered controversy both at home and abroad, attributing the large number of COVID-19 deaths to its wide spread in nursing homes and retirement homes. An overwhelming majority of Swedish COVID-19 fatalities have been aged 80 and over.

Meanwhile, April was found to be the deadliest month so far this century, Statistics Sweden reported. In recent decades, only December 1993 yielded a higher mortality rate. 1993 was the highest year since 1918 when the Spanish flu reached its peak, Tomas Johansson of Statistics Sweden said.

How deadly COVID-19 is, still remains uncertain. Mortality estimates range widely depending on country, age bracket and background. Over the weekend, the Swedish Public Health Agency reported a mortality rate of 0.6 percent in Stockholm, which is higher than in previous estimates.

The Swedish National Board of Health and Welfare's models indicate that one in four Swedes had already developed immunity to coronavirus by the beginning of May. Virologists in Sweden believe that immunity will last between three and six months.