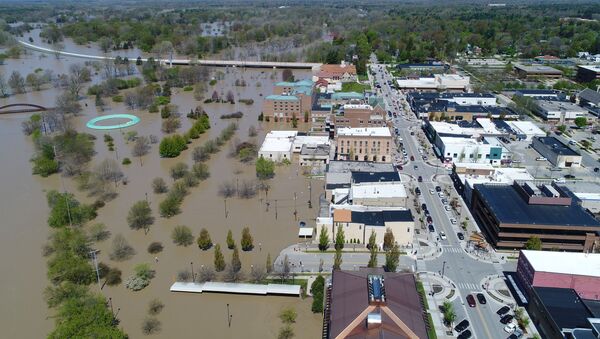 The peak flooding is expected at about 8 pm EST tonight, residents should evacuate, the governor said, as quoted by Reuters.

The flooding in Michigan is a '500-year event', and the state is seeking help from the federal government, Michigan Governor Gretchen Whitmer said, according to Reuters.

The governor added that the peak flooding is expected at around 8 pm EST on Wednesday, urging residents to evacuate.

On Tuesday, Whitmer declared a state of emergency for Midland County, including the city of Midland, with a population of more than 40,000, after heavy rains had caused the collapse of the Edenville and Sanford dams.

About 5,400 customers out of nearly 41,000 in the Midland area were without power as a result of the flooding, Reuters said.