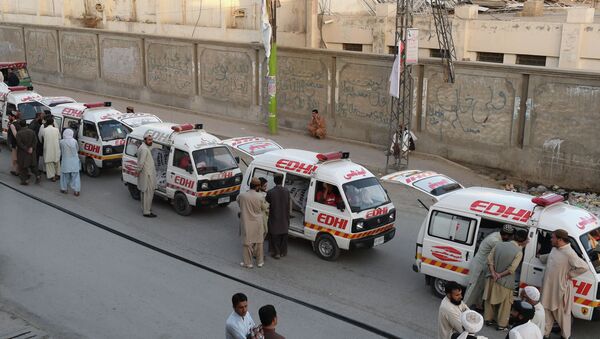 New Delhi (Sputnik): On May 8, six Pakistani security forces personnel, including one officer, were killed after an improvised explosive device (IED) hit their reconnaissance vehicle while carrying out routine patrolling in Kech district’s Buleda area in Balochistan, which is about 14 kilometres from the Iran border.

According to a statement released by the ISPR, the first incident took place in the Mach area of Balochistan where six people including a junior commissioned officer (JCO) and a civilian driver, were killed when the Frontier Corps patrolling unit’s reconnaissance vehicle was hit by an improvised explosive device (IED) while returning to its base.

The second incident was reported from the Kech area of Balochistan where a soldier was killed during an encounter with militants. According to the military media wing of the Pakistan Armed Forces, the deceased soldier has been identified as Sipahi Imdad Ali.