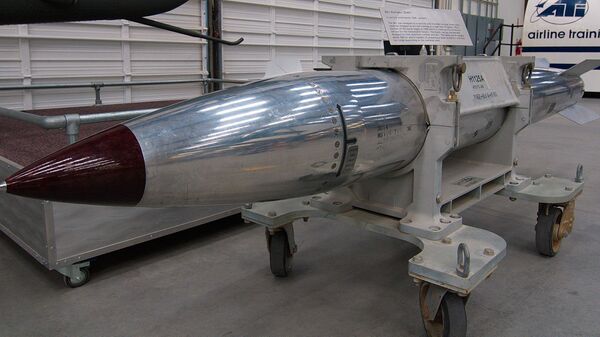 CC BY-SA 2.0 / Dave Bezaire / B61 Nuclear bomb
Subscribe
Ilya Tsukanov
All materialsWrite to the author
Russian officials have already repeatedly warned in the past that its Eastern European neighbours' decision to host US-made strategic systems, including components of America's Aegis Ashore missile defence system, make them targets for Russia's strategic nuclear response in the event of a war.

The redeployment of US nuclear weapons from Germany to Poland would be a direct violation of the Russia-NATO founding act of 1997, Russian Foreign Minister Sergei Lavrov has said.

"This would be a direct violation of the Founding Act on Mutual Relations between Russia and NATO, in which NATO undertook not to place nuclear weapons in the territory of new members of the North Atlantic Alliance, either at that moment or in the future...I doubt that these mechanisms will be implemented in practical terms," Lavrov said, speaking to reporters following a videoconference-based meeting of the Council of Baltic Sea States on Tuesday.

Earlier Tuesday, Foreign Ministry spokeswoman Maria Zakharova said that the redeployment of US nuclear weapons from Germany to Poland would serve to further damage already-strained Russia-NATO relations and escalate tensions.

"We hope that Washington and Warsaw recognise the dangerous nature of such statements, which exacerbate an already difficult period of relations between Russia and NATO, and threaten the very basis of European security, weakened as a result of unilateral steps by the United States, first and foremost through their exit from the INF Treaty," Zakharova said.

"The US could make a real contribution to strengthening European security by returning American nuclear warheads to US territory. Russia did so a long time ago, returning all its nuclear weapons to its national territory," she added, referring to the 90s pullout of Soviet and Russian nuclear weapons from Central and Eastern Europe.

The Russian officials' comments follow remarks by US Ambassador to Poland Georgette Mosbacher last week indicating that "if Germany wants to reduce its nuclear sharing potential and weaken NATO, maybe Poland, which honestly fulfils its obligations, and understands the risks on NATO's eastern flank, could use this potential at home."

If Germany wants to reduce its nuclear sharing potential and weaken NATO, maybe Poland could step in and take over its role, says US Ambassador to Poland.

Mosbacher's comments came in the wake of an ongoing debate inside Germany's coalition government on whether US nuclear weapons should be removed from the country's airbases. The SPD, Germany's second-largest party and member of the CDU-run governing coalition, brought up the subject of US-NATO nuclear sharing arrangements in early May, with party leader Rolf Mutzenich arguing that nukes on German soil "do not heighten our security," but "just the opposite," make it more vulnerable to attack. CDU officials poured cold water on the idea, suggesting removing the nukes would "undermine trust" between Berlin and Washington.

The prospect of moving NATO nuclear weapons hundreds of kilometres eastward toward Russia's borders would threaten to escalate tensions between the nuclear superpowers, because, just like the Cuban Missile Crisis and the placement of US nuclear weapons in Turkey during the Cold War, it would lead to a dramatic reduction in the possible response time Russian officials would have in the event of a war, thereby risking the accidental triggering of nuclear Armageddon. At the same time, under conventional military calculations, it would heighten the temptation by NATO to carry out a first strike against Russia to try to avoid or limit a Russian counterstrike. 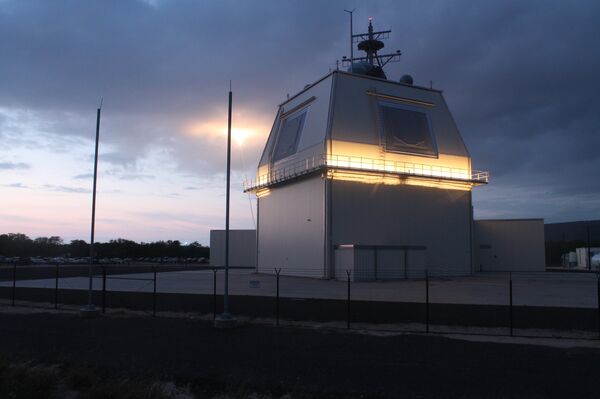 Moscow has responded to US and NATO actions, including the tearing up of treaties and the expansion of the alliance to Russia's borders, by developing half-a-dozen next-generation strategic systems designed to assure strategic stability by guaranteeing a Russian nuclear response in the event of conflict. President Vladimir Putin and Foreign Minister Sergei Lavrov have also indicated that Russia is ready to begin talks on saving the New Strategic Arms Reduction Treaty (New START) immediately and without preconditions. That treaty, now the last major arms agreement between the nuclear superpowers, is threatened with expiration in early 2021 unless it is renewed.

In his remarks Tuesday, Lavrov noted that Moscow is still waiting for the US to propose specific date to discuss issues of strategic stability "and everything else related to nuclear arms control with the participation of relevant representatives of defence ministries and security services."