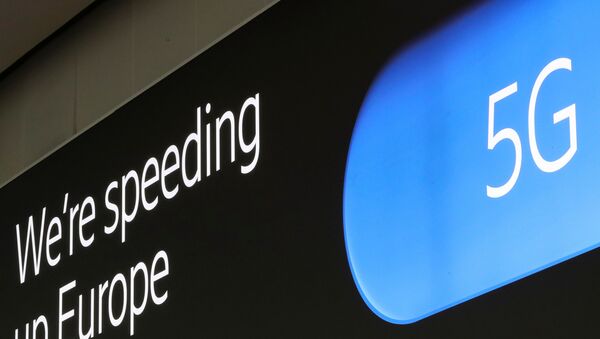 HELSINKI (Sputnik) - Nokia has set a new world record for the 5G speed, registering 4.7 billions of bits per second (Gbps) on a US operator's network in Dallas, the Finnish telecommunications company said on Tuesday.

"Nokia today announced it has achieved the world’s fastest 5G speeds in its Over-the-Air (OTA) network in Dallas, Texas. Utilizing 800 MHz of commercial millimetre wave 5G spectrum and Dual Connectivity (EN-DC) functionality, Nokia achieved 5G speeds of up to 4.7 Gbps in tests performed on base station equipment being deployed in major U.S. carriers' commercial networks," the company said in a statement.

According to the tech giant, the achievement "will not only provide subscribers with unrivalled mobile broadband speeds but also enable carriers to sell various latency-sensitive enterprise services."

Tommi Uitto, the president of Mobile Networks at Nokia, described the event as a "significant milestone" in the development of 5G services in the United States, "at a time when connectivity and capacity is so crucial."