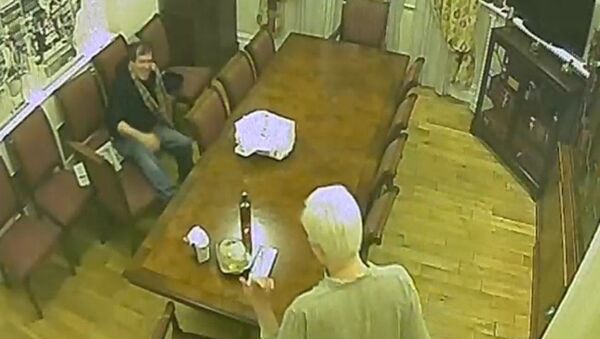 Mohamed Elmaazi
All materialsWrite to the author
US-based independent outlet The Grayzone has revealed deep links between a US casino billionaire, the CIA and the Spanish security firm which spied on the WikiLeaks publisher, his friends, family and lawyers while he was under the protection of the Ecuadorian Embassy.

Max Blumenthal is an award-winning investigative journalist, author and founder of The Grayzone, an independent news outlet. He has obtained High Court documents regarding the ongoing Spanish criminal investigation into David Morales, the Ecuadorian ex-special forces member and CEO of the Spanish security firm UC Global, which was revealed to have been spying on Julian Assange, despite originally being hired to provide protection for the Ecuadorian Embassy.

The documents obtained by Blumenthal and The Grayzone have revealed previously unknown details regarding the connection between David Morales, UC Global and Sheldon Adelson, the billionaire campaign contributor to US President Donald Trump.

Sputnik: What’s new and significant about what you’ve discovered and revealed in relation to UC Global and its targeting of Julian Assange?

Max Blumenthal: What I have that's new in this investigation for The Grayzone are details of the relationship between Las Vegas Sands, the company owned by ultra-Zionist Republican mega-donor casino magnate Sheldon Adelson, the Trump administration, the CIA and UC Global.

And I show the central role of figures who are directors of Sheldon Adelson's executive security team at Las Vegas Sands in serving as middlemen, apparently between American intelligence and UC Global, including someone who worked formerly as assistant director of the secret service who was commended by the CIA for his work, Brian Nagel. And also, Zohar Lahav who is the vice president of Sheldon Adelson's executive protection team in managing David Morales on a day-to-day basis. 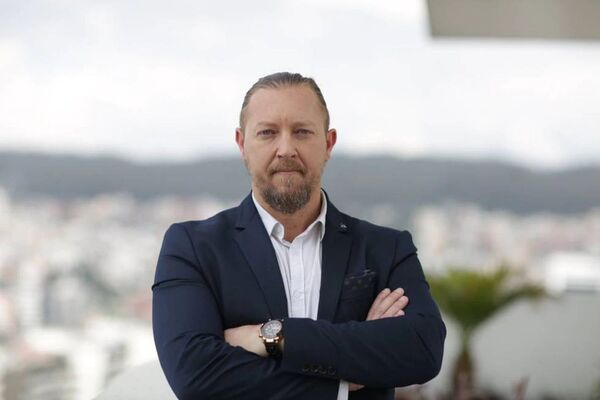 So, why was this taking place? Why did it begin as soon as Trump entered office in January 2017? It appears because Las Vegas Sands was doing a favour for the Trump administration and specifically for CIA director Mike Pompeo, who is a close ally of Sheldon Adelson.

I zero in on this relationship. And I also provide new details with witness testimony - protected witness testimony -  that's come out in this Spanish court, on the relationship with what these witnesses describe as American intelligence, or what David Morales of UC Global referred to as the “American friends”, and this operation, which consisted not just of illegal spying on Assange and his lawyers and US journalists, and even a US congressman, but also apparent robbery, and other crimes, which deserve to be investigated further by the court.

Sputnik: How did you make these latest discoveries in relation to UC Global?

Max Blumenthal: I made these discoveries through the documents that have been coming out in the Spanish High Court. Many of these documents are company backups made by former employees of UC Global who became disgruntled and upset by this apparently criminal operation. 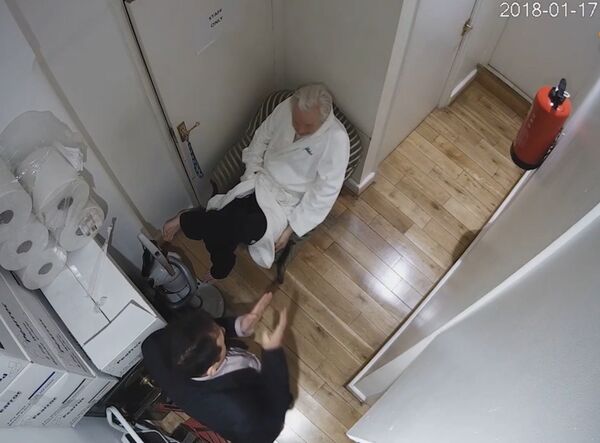 A former business partner of David Morales has also provided testimony and documentation. And this case came about because, as I just mentioned, these former workers and former co-owner became disgusted by what David Morales was doing.

They went to Assange’s legal team, which was based in Spain, told them about what was happening and they went to a Spanish judge who then ordered a secret investigation, which resulted in the arrest of David Morales, I believe in October 2019.

Morales then had to hand over his cell phones. Now we have WhatsApp messages, emails. There’s so much there that corroborates the testimony of [Morales’] former employees. And, ultimately, I think this case should invalidate the US indictment of Assange and the attempt by the US to extradite him from the UK.

Sputnik: Why should everyday people care about these latest revelations; how, if at all, are they impacted by them?

Max Blumenthal: Ordinary people may not be that interested in this, and they should be, because ordinary people want to know what their governments are doing in their name, with their money. And WikiLeaks and the model that Julian Assange has created, along with Assange’s own personal willingness to challenge power, has provided us with so much knowledge about global criminality, specifically by the US government, violations of international law and subversion of other governments - meddling in their affairs and the corruption of US politics by at least one of the major parties.

So, there is a clear public interest in protecting WikiLeaks, but beyond that, there should be an interest on the part of every journalist, to protect the First Amendment in the US [Constitution] and to protect the global spirit of free speech.

Mike Pompeo, in his first address as CIA director in April 2017, outlined a campaign of countermeasures against WikiLeaks, branded Julian Assange a fraud and a top target, and called WikiLeaks a 'hostile foreign intelligence agency'. There's one line in his speech, which I think a lot of people have overlooked, and it's when Pompeo said that "WikiLeaks can no longer use free speech as a defence". Why does a CIA director get to decide who can use free speech as a defence and who doesn't? Assange isn't even a US citizen. But this is about removing free speech protections for all whistleblowers. So, anyone who calls out corruption.

And then beyond that, what my piece outlines is the targeting of all individuals connected to Assange, including the mother of his two children, who was having the diapers of her infant child stolen from trash bins. The friends of Julian Assange, from Pam Anderson to Randy Credico, were having their phones opened. Pam Anderson had her email password stolen. We saw Ecuadorian officials spied on simply because they were there. There's evidence - according to one source - that an Ecuadorian official was robbed at gunpoint because they had in their possession details of a plan to grant Julian Assange diplomatic immunity through another country.

Ola Bini, who is a friend of Juliana Assange, a Swedish software developer and cyber activist was arrested on the same day as him and has been in jail ever since. Much of his time was spent there without charges, all because he was friendly with Assange. He was visiting him and they worked together to expose corruption in Ecuador. Bini was outlined as a target of Morales who was spying on Assange as well.

So the point is, it's not only that whistleblowers are having their free speech protections taken away through this case, that journalism itself is being targeted. Assange is merely a publisher and would be the first person convicted of publishing classified documents in the US, but anyone connected to whistleblowers can now be targeted in order to get the whistleblower. And that should be terrifying. Their families, anyone. They're clearly trying to make an example of Julian Assange. So this piece that I've written, this investigation, not only shows what Julian Assange was up against, it shows what we're all up against, all of us who are trying to tell the truth and get to the bottom of the real workings of the national security state.

Sputnik: Should we expect more revelations from The Grayzone with respect to UC Global and its operations?

Max Blumenthal: I'm working on more stories related to this court case and related to the campaign carried out in the name of national security that apparently violated international law, many domestic laws and principles that any democracy should hold sacred.

But that's all I can say for now.