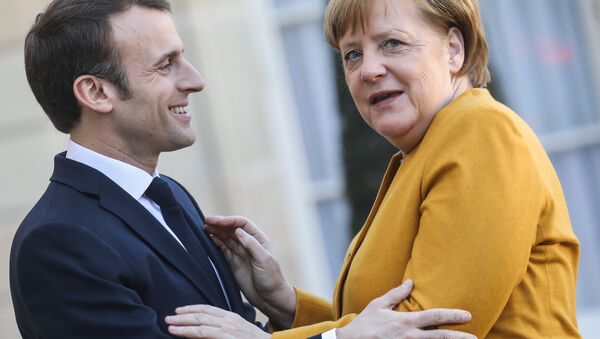 Amid the COVID-19 pandemic and the toll it has taken on global economies, EU leaders have been in an acrimonious debate for weeks over how best to support struggling member-states, with France, Italy and Spain more inclined to resort to grants, while Germany and the Netherlands preferred economic recovery to be stimulated by loans.

German Chancellor Angela Merkel and French President Emmanuel Macron have joined forces to propose the European Commission, the executive arm of the European Union (EU), set up a recovery fund worth €500bn ($545bn; £448bn) to extend help to EU economies struggling with the crippling impact of the COVID-19 pandemic, reports DW.

The agreement that the 27 EU members would jointly borrow on financial markets to offer grants rather than loans to hardest-hit sectors and regions in the European Union was reached during virtual talks held on Monday, 18 May.

​German Chancellor Angela Merkel admitted the proposal was a "short-term" one, with further long-term solutions to be taken up later.

"Due to the unusual nature of the crisis we are choosing an unusual path," Merkel was quoted as saying.

“The plan amounts to a historic step by Germany away from its long-held opposition to mutual debt to fund other EU member states,” analysts at Eurasia group research firm were cited by CNBC as saying on Monday.

French President Emmanuel Macron signaled that the two sides had sought to ensure greater unanimity for the upcoming vote by the 27 member states on the European Commission’s proposal for a Recovery Fund, slated for 27 May, and linked to the EU bloc’s next long-term budget.

According to Macron, the joint proposal by Paris and Berlin underscored "the necessity of this response, the mechanism for it, and its scale."

The new Franco-German plan is yet to be approved by the 27 EU countries as well as by the European Parliament, yet it is perceived as potentially helping overcome earlier roadblocks on the way to official recovery packages, mired in disagreements over the mechanism for fiscal relief. 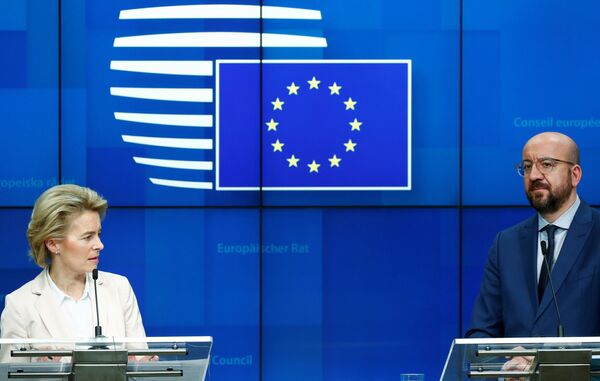 Earlier, France, Italy and Spain had favored grants be used for helping ailing economies, while governments of Germany, Austria and the Netherlands had rejected linking their finances to nations with very high public debt. They preferred the economic recovery be stimulated by loans, ruling out risks for their own taxpayers.

"It acknowledges the scope and the size of the economic challenge that Europe faces, and rightly puts the emphasis on the need to work on a solution with the European budget at its core."

Austria, however, has insisted that any aid should come in the form of loans — and not grants.

Our position remains unchanged. We are ready to help most affected countries with loans. We expect the updated #MFF to reflect the new priorities rather than raising the ceiling.

​In early April, a €540 billion bailout fund was agreed by the EU’s finance ministers in response to the COVID-19 crisis, yet
some were critical of the bailout package. 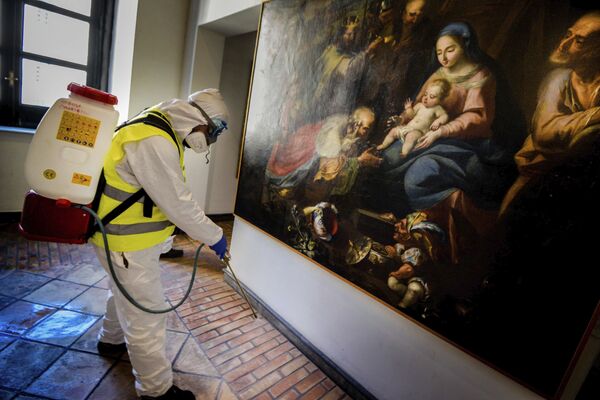 A worker sprays disinfectant as sanitization operations against Coronavirus are carried out in the museum hosted by the Maschio Angioino medieval castle, in Naples, Italy, Tuesday, March 10, 2020.
© AP Photo / Alessandro Pone

Greek leader of the opposition Alexis Tsipras lambasted it as “inferior to the circumstances”.

“The €540 billion to deal with the crisis is a package far short of the real need for immediate support for the European economy,” Tsipras said on Twitter.

Economists have forecast a 7.7 percent contraction for Eurozone GDP this year in the wake of economic fallout generated by the pandemic.