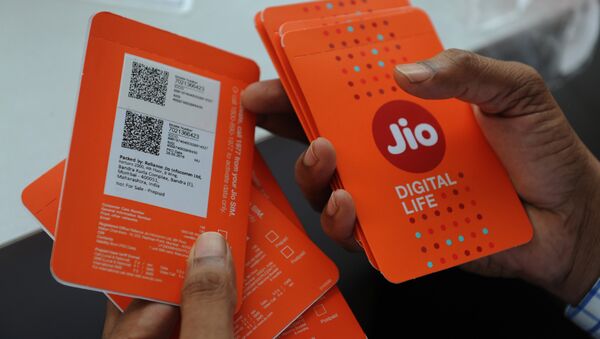 After roping in three consecutive foreign investments in the past weeks, Reliance Jio on Monday attracted a hefty business deal worth $868 million from a New York-based private equity firm, General Atlantic.

As part of the deal, General Atlantic’s multimillion investment will buy a 1.34 percent stake in Reliance Jio, which has over 370 million users is India.

Previously, companies like Uber, Alibaba, ByteDance, Facebook, and Snapchat have also garnered financial backing from General Atlantic; however, its deal with Reliance Jio marks its largest investment ever, the media reported.

In the past weeks, social networking giant Facebook bought a 9.99 percent stake for $5.7 billion in Reliance Jio.

While Silver Lake bought a one percent stake in Jio Platforms, Vista bagged a 2.32 percent equity stake in the Indian telco.

Despite turning in investments, Ambani announced hefty pay cuts for its employees, including foregoing his own annual salary of around $3 million for the time being. Salary cuts at Reliance Industries were introduced in the wake of heavy losses suffered by its hydrocarbon business due to the coronavirus.

Amid the global health crisis, the World Bank has predicted that India’s economy will decline by five percent this year.

The International Monetary Fund (IMF) has also forecast that the recession following industries post-coronavirus will be worse than the Great Depression – which so far has been regarded as the worst economic downturn in the history of the industrialised world, lasting from 1929 to 1939.