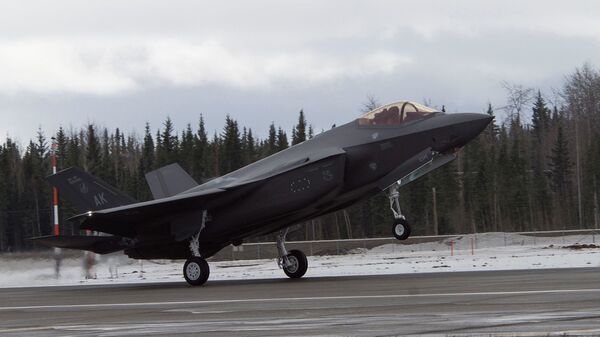 The Armed Forces' senior leadership has been accused of favouring US firm Lockheed Martin's F-35 in the ongoing competition for Finland's fighter jet fleet upgrade.

Former Armed Forces commander Jarmo Lindberg allegedly instructed his subordinates to ensure that the choice in the competition falls on the F-35, the Finnish newspaper Suomen Kuvalehti reported, citing anonymous sources with insight in the process.

According to Suomen Kuvalehti, both Lindberg and other top military officials have tried to ignore and downplay the weaker sides of the F-35 in various reports and other contexts, while emphasising the weaknesses of the other four candidates.

Jarmo Lindberg left his command post in the summer of 2019, but in April 2020 it emerged that he had signed a consulting agreement with Lockheed Martin. Just days later, Lockheed Martin terminated the contract over lobbying.

The F-35 is marketed as a fifth-generation fighter jet with stealth features and advanced sensor technology. The plan's operating costs are generally considered to be higher compared to the other competitors, and the question is whether Finland's acquisition would be viable in the long run.

According to Suomen Kuvalehti's sources, the F-35 is significantly more expensive to operate than the other competitors, as the user country commits itself to paying a fixed annual fee covering service and spare parts. The agreement is similar to a lease, and ultimately becomes disproportionately expensive.

Suomen Kuvalehti also anonymously interviewed members of the parliamentary defence committee, who admitted that they have not received sufficient information on imporLauri Puranentant details, such as the jets' operating costs.

Both Jarmo Lindberg himself and other members of the defence team refuted Suomen Kuvalehti's information. Defence Ministry programme director  described the allegations as “absurd”.

Puranen confirmed that Lockheed Martin has a service and operating cost model that differs from the other four candidates, but refused to go into detail as negotiations with the plane manufacturers are still ongoing.

“Our goal is to negotiate as favourable a deal as possible”, Puranen told national broadcaster Yle.

The final cost level for all five plane types will not be fixed until the final, binding offer round, which is scheduled to begin this fall. Puranen and his colleagues will conduct a final round of negotiations with the five manufacturers during the late summer and early autumn.

The ongoing coronavirus pandemic has reportedly put a damper on the negotiations, as these talks are only held face-to-face due to the sensitive nature of the issues discussed.