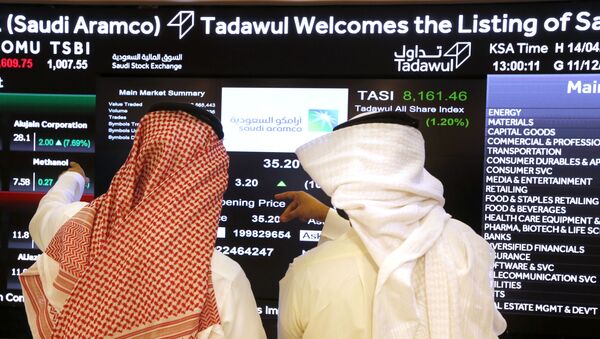 Tim Korso
All materialsWrite to the author
The kingdom earlier expressed interest in making medium to long-term investments in companies, capitalising on the economic effect that the coronavirus pandemic has had on stock markets.

Saudi Arabia's state-owned Public Investment Fund has been actively investing in blue-chip companies around the world at least since March, the Financial Times reported, citing a US regulatory filing.

It's unclear how large the stakes were, but small investments would not have been disclosed by US regulators. All of these companies experienced a major drop in price, reaching up to 50% by March when the PIF was reportedly making purchases. But some of them, like Facebook and Pfizer, have already restored or even increased their price compared to the beginning of January 2020. 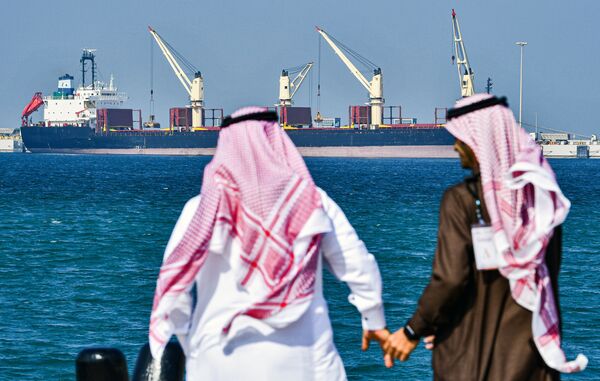 This picture taken on December 11, 2019, shows an oil tanker at the port of Ras al-Khair, about 185 kilometres north of Dammam in Saudi Arabia's eastern province overlooking the Gulf
© AFP 2021 / GIUSEPPE CACACE

Along with their investments in American blue chips, the PIF has also reportedly invested heavily in oil companies, which suffered a major fall in market price due to the drop in oil consumption and hence prices caused by the coronavirus pandemic. According to the FT, the Saudi fund acquired an $827.8 million stake in British oil giant BP, as shares recently plunged to a 24-year low from $480 per share at the start of the year all the way down to $296 per share. In addition, the PIF reportedly bought stakes in Royal Dutch Shell and French oil and gas group Total, which lost 47% and 38% of their market price since the start of the year, respectively.

The kingdom expects the oil market to turn bullish at a later date, generating massive profits for the PIF, the Financial Times claims, citing anonymous sources close to the fund. The fund's governor, Yasir Rumayyan, in turn, stated earlier that the PIF is looking for opportunities to make lucrative investments that have opened up in light of the global COVID-19 pandemic.

"These opportunities include sectors and companies that are well-positioned to drive economies and lead sectors moving forward […] [PIF is] a patient investor with a long-term horizon", the fund said in its statement.

The PIF is Riyadh's wealth fund and is a major part of Saudi plans to diversify the country's economy to make it less dependant on oil export profits.