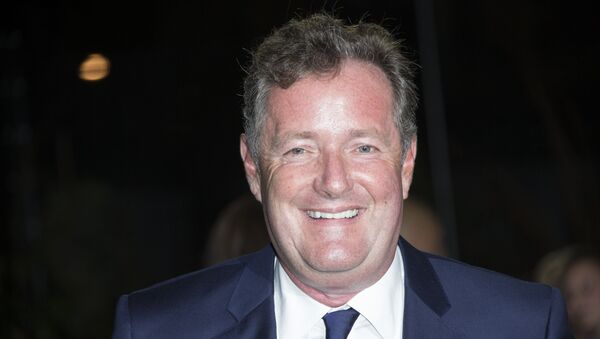 The former Daily Mirror editor is known to be a combative and highly opinionated man, but some have taken his criticisms to heart and now want him removed from British morning television altogether.

More than 56,000 people have signed a petition calling for Piers Morgan to be removed as host of ITV’s Good Morning Britain (GMB).

The petition slams the well-renowned British television host as “one of our country’s most heinous public figures” over his public statement on transgender issues.

“In being an award-winning breakfast programme with a worldwide reach, one could presume that Good Morning Britain would act as an effective platform to educate the masses on these issues,” the petition on change.org reads.

“In keeping Piers Morgan as the programme’s main draw, however, ITV are actively choosing to promote an insidious agenda against transgender people (and minorities in general), as through his choice of language he regularly berates and mocks those who do not identify in a way he is willing to comprehend,” the petition goes on to say.

A counter-petition has been started calling for Morgan to be kept in his role as GMB host for his “common sense approach to life” and because “he’s not afraid to speak out and says what a lot of us are thinking.” One signer of the petition commented that Morgan is a “breath of fresh air to breakfast television, as well as being a straight-forward man, who stands up to [the] ridiculous PC-world we unfortunately now live in.”

The counter-petition has so far garnered well over 59,000 signatures.

The incident that triggered both petitions occurred on GMB last year, when Morgan took issue with people who choose to “self-identify” their own gender. Morgan, in challenging the underlying logic of the self-identification trend, said that he would himself identify as a two-spirit penguin - comments that angered the LGBT community.

Following the incident, there were reportedly almost 1,000 complaints to the British broadcasting regulator, Ofcom, but Mr Morgan was cleared of his comments and not investigated. He later said that he felt “empowered” by the decision.