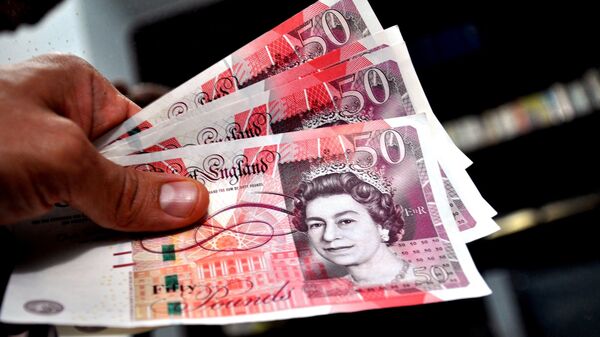 Concerns are growing in the UK over how much of a long-term and adverse impact the Coronavirus crisis will have on the country's economy and employment rates. The new Rich List compiled by The Times may be a warning sign of things to come.

The UK’s super-rich have lost more than £54 billion over the past two months amid the Coronavirus crisis, according to The Sunday Times Rich List 2020.

Since the financial crash of 2008, the country’s billionaires have continued to amass wealth each year, with the six richest in the 2019 Rich List apparently earning more money than the lowest-earning 13.2 million Brits.

Yet, as a result of the Coronavirus-induced industrial and economic paralysis, the nation’s 1,000 wealthiest people have experienced combined financial losses of £54 billion over the past two months - with some individuals reportedly losing as much as £6 billion over the course of the past year.

The list also says that a number of billionaires have made full use of the government’s emergency furlough scheme, under which staff are paid 80% of their salary by the state worth up to £2,500 per month.

Mr Dyson, the inventor of the Dyson vacuum cleaner and known to be an ardent backer of Brexit, had a wealth growth of £3.6 billion over the last 12 months to reach a staggering total of £16.2 billion. Sir James managed to reach the list’s apex despite losing about £500 million to an electric car project that was eventually scrapped.

There was also an unprecedented 25 women on this year’s list.

The author if the Rich List and its data compiler Robert Watts said, “ever since the financial crisis of 2008-9, Britain’s wealthiest people have become richer and richer. Covid-19 has called time on their golden period. This year’s rich list paints a picture of Britain on the brink of calamity – two months after lockdown and already billions of pounds have been wiped out.”
“You may not like the super-rich, but it is hard to deny that our economy will need the jobs they create and the taxes they and their companies pay if we are to escape a prolonged recession that causes further misery to millions,” added Mr Watts.

Many Brits however appeared to feel that the timing of the list's publication was unacceptable as unemployment and poverty rates in the country continue to soar amid the COVID-19 crisis:

Why do we need to know who the richest people are, during the most difficult time in many people's lives... ?? Can you publish a list of their annual charitable works? It would make me feel a lot better.

Thanks, Sunday Times, for the tedious list of billionaires in your rich list. Now do a feature on why the poorest 100 people in Britain are getting poorer.

Trying hard to fret about "the billions" lost to the titans of the Sunday Times rich list thanks to the current crisis. Failing. Dismally.

Some prime bootlicking from the compiler of the Sunday Times rich list. Only 5 of top 10 can arguably be called "job creators" in the UK. Others are tax exiles, oligarchs and landlords. pic.twitter.com/aLhTNfGQoa