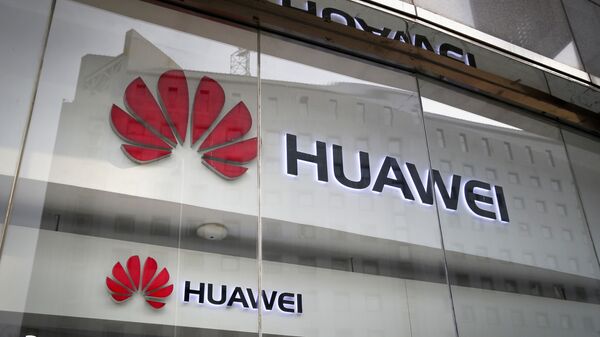 The US Commerce Department earlier introduced a new rule aimed at preventing Huawei from being able to “undermine”, as it put it, the firm's status as a blacklisted company, requiring suppliers of sophisticated American-made technology seek additional US government licenses before any sales occur.

Beijing has urged the United States to draw a line under what it calls the "unreasonable suppression of Huawei and Chinese enterprises" following Washington's announcement of new export controls to restrict the tech giant's access to American semiconductor technology.

The Trump administration on Friday announced that the US would block global chip supplies to blacklisted telecoms equipment giant Huawei Technologies, raising concerns of Chinese retaliation and cutting shares of US chipmakers, which have been relying heavily on deals with Huawei.

A new rule, unveiled by the Commerce Department and first reported by Reuters, further expands US authority to require licenses for sales to Huawei of semiconductors made abroad with US technology - US intellectual property, thereby jeopardising exports to the world's No. 2 smartphone manufacturer.

Beijing reacted promptly, with a Friday report by China's Global Times suggesting that the country was ready to put US companies on an "unreliable entity list", as a countermeasure in response to the new constraints put on Huawei and its business.

Huawei was blacklisted by the Commerce Department last year over national security concerns, with Washington accusing the tech titan of violating US sanctions on Iran and leaving loopholes in its technology for spying on citizens allegedly at Beijing's behest. Huawei and the Chinese authorities have repeatedly denied the allegations, inviting outside checks into how they handle the technical aspect while manufacturing their high-tech products.