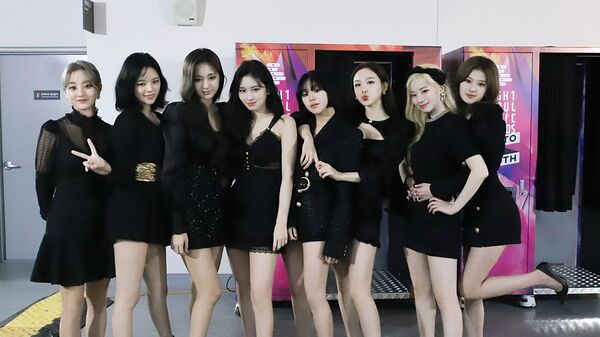 Check out the list of all-girl releases you don't want to miss.

More and more girl bands from the K-pop industry are grabbing the attention of audiences worldwide and proving their girl power. Some of the groups have even more admirers than some boy bands due to their interesting concepts and amazing visuals. Here are girl comebacks to check in the nearest future:

One of the most anticipated comebacks is, as always, expected from TWICE, who have already dropped some individual teasers of their upcoming release on 1 June with the title track “More and More”.

​The girls hinted of a comeback during their YouTube original series “TWICE: Seize the Light” and revealed the name of the title song.

Nothing that has ever existed can match up to Tzuyu's ethereal beauty 😍 and TWICE's newest teaser reminds us of that fact 🙇‍♂️👸 We already know, MORE & MORE is going to be domination 🌏💯 @JYPETWICE pic.twitter.com/0yhWrS0OYX

Another notable comeback is expected from Blackpink. Their agency YG Entertainment has confirmed that the production of their album is finished and the release will be in June. But no further details have been given and the silence for three weeks without any teasers or information has made fans furious, as they have been waiting to see their faves on stage since their last release, “Kill this Love”, in April 2019. Despite the lack of promotion and releases, the girls are able break records with their already exciting MV's and songs: their debut MV “Boombayah” became the first K-Pop debut video to hit 850 million views on YouTube.

The girl band Momoland, who earned much attention with the viral hit song “Bboom Bboom”, are gearing up for a comeback as well, as MLD Entertainment announced that the band has recently finished recording new music. The group was created during the survival show “Finding Momoland” in 2016 and made a breakthrough with their third EP "Great!” in 2018.

Merries (the official name of their fandom) have high hopes for their idols this time:

can momoland comeback fast to save the music industry cause lately other girls havent been doing it for me I NEED MOMOLAND pic.twitter.com/6syVEnDpSj

i badly want a comeback that will make me go like "I KNEW IT!!! I KNEW THAT THEY HAD THAT IN THEM!!!" and go crazy about how amazing momoland is

this is what being a merry is like pic.twitter.com/TtUlhsIgnc

WJSN, also known as Cosmic Girls, also announced a comeback scheduled for June via SNS. This Chinese-Korean girl band, created by Starship Entertainment and Yuehua Entertainment in 2016, will release their ninth EP "Neverland" on 9 June.

​Consisting of 13 members, Cosmic Girls has gained popularity both in China and Korea as well as won several awards. This is their comeback after the release of "As You Wish" last November.