Taiwanese Semiconductor Manufacturer to Spend $12Bln to Build Factory in US 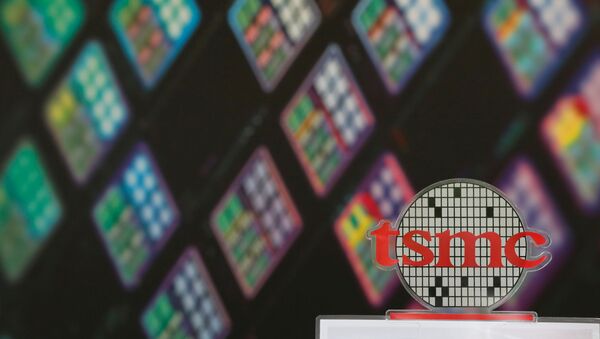 MOSCOW (Sputnik) - Taiwan Semiconductor Manufacturing Company (TSMC) on Friday announced it would spend $12 billion to open a semiconductor factory in the United States.

"TSMC (TWSE: 2330, NYSE: TSM) today announced its intention to build and operate an advanced semiconductor fab in the United States with the mutual understanding and commitment to support from the U.S. federal government and the State of Arizona ... TSMC’s total spending on this project, including capital expenditure, will be approximately US$12 billion from 2021 to 2029," the company said in a statement.

The plant will produce 20,000 semiconductor wafers a month and create more than 1,600 high-tech jobs, the company has promised.

In early May, the administration of US President Donald Trump was reported to be negotiating relocation to the US with many semiconducting companies, TSMC included, to decrease the US's dependence on foreign countries.