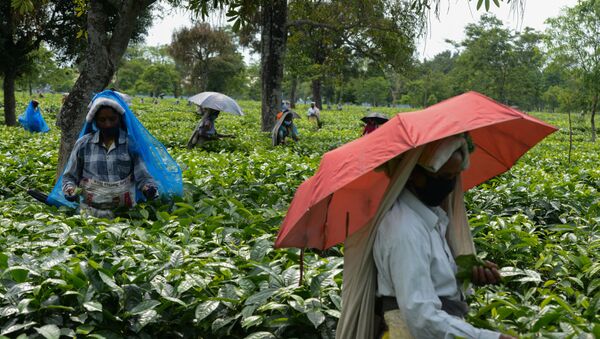 In her third set of announcements pertaining to the COVID-19 economic stimulus, Indian Finance Minister Nirmala Sitharaman on Friday declared 11 support measures for the agriculture sector, including the setting up of a $13 billion fund for agriculture infrastructure.

Announcing the third tranche of Modi’s $266 billion COVID-19 stimulus, Sitharaman in today’s press meeting said: “Farmers have made a major contribution during the lockdown. They stood guard and completed the harvest. The government will set up a $13 billion fund for agriculture infrastructure. The money will be used for investment into cluster-based micro-food enterprises".

The government has also removed commodities like onions, potatoes, and grains from the purview of the Essential Commodities Act, which imposes stock limits on these commodities. The stimulus package also contains funds meant for the dairy sector.

The focus today is agriculture pic.twitter.com/Orndpo8uVi

FM @nsitharaman announces major adminstrative reforms. The outdated Essential Commodities Act to be amended. This removes a major hurdle for farmers and the food supply chain. This had been suggested in Economic Survey 1/n

Today’s announcement is the third in a series of measures that the government has announced to beat the COVID-19 blues after Prime Minister Modi committed that a $266 billion package will be rolled out by the government.

On Thursday, the government announced an emergency working capital fund of $4 billion for farmers for the ongoing harvest period and sowing seeds for the next season. “This will help small and marginal farmers", Sitharaman said while announcing the decision.

As part of the stimulus package, the government has already announced relief for micro, small, and medium enterprises (MSME).

Sitharaman on Wednesday announced a collateral-free $40 billion credit support for small businesses, with 100 percent credit guarantee from the government.

The Indian government also announced $2.66 billion in subordinate debt for MSMEs that have not serviced their bank debts.

The authorities also declared a $4 billion special liquidity window for NBFCs (Non-Banking Financial Company). On the tax front, the government has provided a 25 percent rebate on tax deduction at source to boost market liquidity as part of the package.