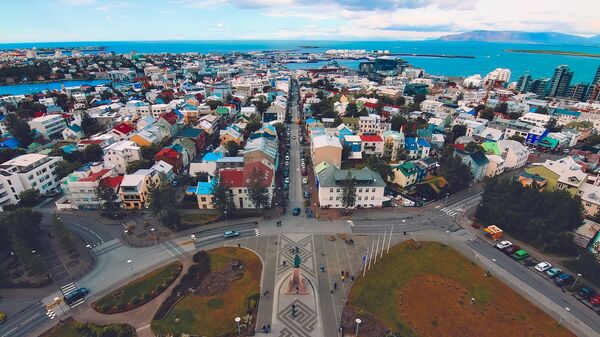 © Photo : Pixabay
Subscribe
Visitors to the tiny North Atlantic island nation, which appears to have passed the COVID-19 ordeal with flying colours, will be allowed if tested upon arrival.

Having decided to start welcoming tourists starting 15 June, Iceland has become the first European nation to launch a clear plan for resuming tourism.

Since the epidemic is now considered to be under control and defeated, at least for the time being, the government has decided to open up Iceland for tourists again. The condition to enter the land of geysers and volcanoes is that you get tested for the coronavirus upon arrival.

Passengers will be tested at Keflavík International Airport and presented with the result the very same day. They will be allowed to reach their destination pending the result. Tourists will also be able to present a fresh test result from their home country, but the Icelandic authorities do not guarantee that it will be accepted.

Anyone who refuses to be tested will be quarantined for two weeks. Anyone found to be carrying the virus will be immediately isolated.

For the time being, it remains unclear whether the cost of testing will be borne by the Icelandic government or travellers.

Iceland has been one of the least affected nations in relation to its population. No new cases have been detected for several straight days, and the number of COVID-19 patients identified by health authorities was only 13 this week, of which only one was in hospital. Overall, the virus has caused ten deaths in a country of 360,000 inhabitants.

Despite the coronavirus epidemic appearing to be defeated in Iceland, at least for now, the authorities have pledged to continue extensive virus testing. So far, Iceland has tested over 15 percent of its population, which is a world record. The authorities are also working to roll out extensive antibody tests.

Alongside Greece and other Mediterranean countries, Iceland belongs to the European nations most dependent on tourism for their economy. In the years prior to the coronavirus crisis, tourism accounted for up to 10 percent of its GDP.

Tourism is also what lifted the Icelandic economy after the banking crash and the financial crisis of 2008-2009. The number of tourists soared from half a million to over 2 million in merely a decade.

Last year, however, tourism fell by 14 percent, which was attributed to the bankruptcy of the low-cost Icelandic airline Wow Air, leaving no competitor for the nation's dominant carrier Icelandair. The huge crowds of tourists with ensuing congestion and rising prices were also named as a negative factor affecting foreigners' willingness to visit Iceland.

The influx has been widely criticised by some locals, who perceive Icelandic culture to be changing to accommodate visitors.