Yugoslav Partisans vs. 30,000 SS and Collaborators: Remembering the Final Battle of WWII in Europe 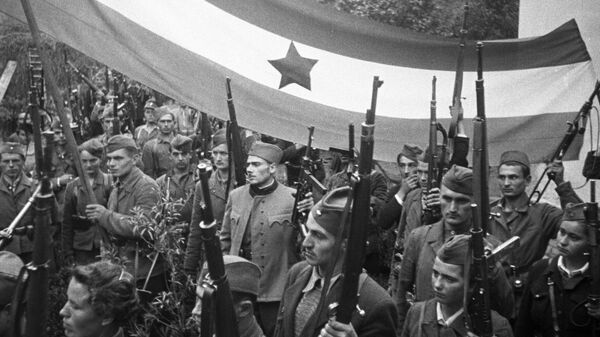 Ilya Tsukanov
All materialsWrite to the author
On the evening of May 8, 1945, Nazi Germany unconditionally surrendered to the Allies, formally bringing the Second World War in Europe to a close. However, thousands of square kilometers of territory and tens of thousands of troops remained concentrated in the remnants of the Third Reich, and some chose to continue to fight rather than surrender.

75 years ago, on May 14, 1945, Joseph Broz Tito’s partisan armies began the final major military operation against Nazi forces in Europe, taking on a group of 30,000 Wehrmacht, SS and collaborator units in what would become known as the Battle of Poljana.

During the battle, which began on May 14 and lasted until the early hours of May 15, units of the 3rd Yugoslav People’s Army fought it out with German troops, as well as Croat, Serbian, Slovene and other fascist formations, preventing them from breaking through to the US occupation sector, where they hoped to receive more lenient treatment.

Nikita Buranov, a specialist in World War II at the Russian Military Historical Society, says there’s a little-known detail of the battle which has received very little attention from historians, namely, the involvement of Soviet officers and instructors.

“During the war, Soviet officers, instructors and members of the underground were transferred to Yugoslavian territory into partisan detachments, where they trained their brothers in arms, and helped to create and improve the military structure of the Yugoslav People’s Army. This helped win the Battle of Poljana,” Buranov said in an interview. 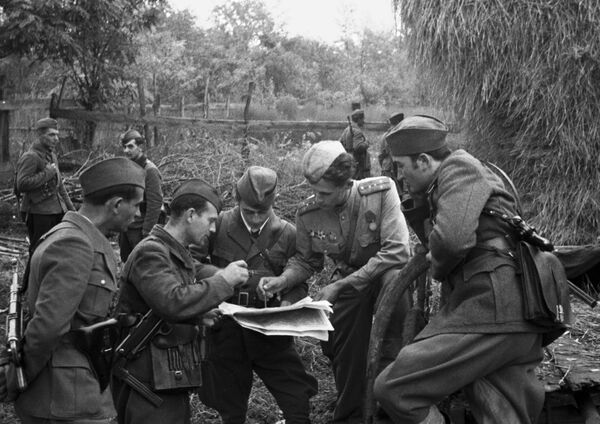 The historian recalled that by the spring of 1945, German forces in Yugoslavia had been completely immobilized by Yugoslav formations, forcing Wehrmacht Army Group E commander Col. Gen. Alexander Lohr to sign an unconditional surrender after the Yugoslav 3rd and 4th armies met up, surrounding German units and preventing their escape across the Drava River.

“However, some German units did not agree to surrender,” Buranov noted, “and on May 14, disparate units including former garrisons of large cities, polizei and escort battalions, and SS security units came together and attempted to break through into Austria and northern Italy, to end up in the American occupation sector and surrender to them.”

The rag-tag formation also included nationalist battalions, whom the Germans had come to rely on to put down the major partisan underground which rose up throughout the country during the occupation. 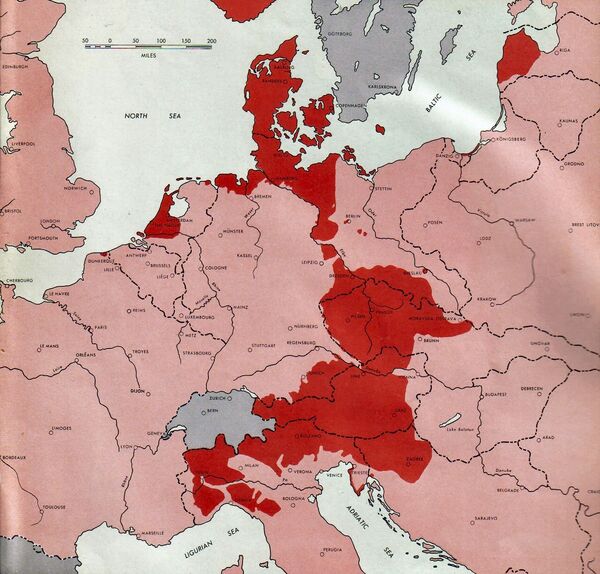 Map of the territories remaining under Nazi control in May, 1945. Map is taken from the source "Atlas of the World Battle Fronts in Semimonthly Phases to August 15th 1945"
CC0 / /

The collaborators included Serbian Chetniks, renaming themselves as the so-called ‘Montenegrin National Army’, Croatian Ustase (who were given their own nominally-independent puppet state following the carving up of Yugoslavia), and Slovenian ‘Home Guard’ anti-partisan militia. These nationalists “were well armed and trained by the Germans,” Buranov recalled.

For the Yugoslav People's Army, capturing these forces was a major priority, since some of them were involved in war crimes, including ethnic cleansing and collective punishment of entire communities for the partisan activities of anti-fascist Yugoslavs. 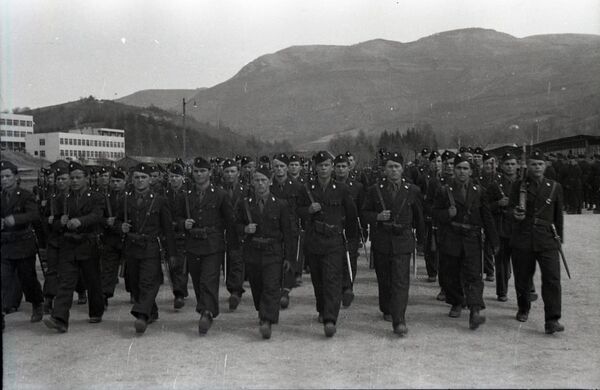 A unit of Ustashe in Sarajevo
© Wikipedia

By the morning of May 15, following hours of intense small-arms and machinegun fire, the battle came to an end. With the arrival of about 20 British tanks, Chetnik forces threw down their arms and hoisted white flags of surrender. Other units scattered, attempting to hide in forests or continue moving West in small groups. In all, it’s estimated that the Wehrmacht and nationalist forces suffered about 600 casualties, including 350 dead. About 100 partisans also perished in the fighting.

“After the Battle of Poljana there were several more incidents involving members of the defeated nationalist units. However, it is this battle that is considered to be the final battle in the history of the Second World War in Europe,” Buranov concluded.

During World War II, Yugoslavia suffered some of the worse casualties of any Allied nation, losing up to 350,000 men and women in uniform, with as many as 800,000 civilians also perishing (out of a total population of 15.5 million before the war). Some 20,000 Soviet soldiers also laid down their lives during battles to liberate the country.