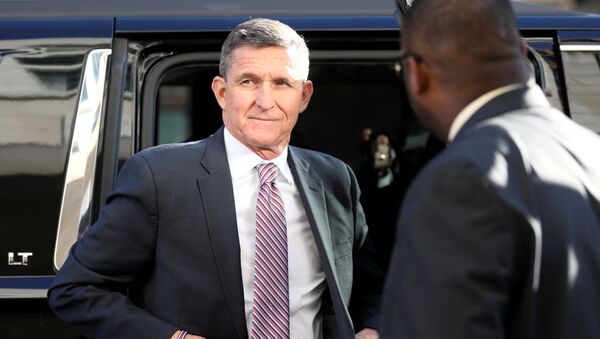 The federal judge presiding over the criminal case against former White House national security adviser Michael Flynn has called upon a retired jurist to determine whether Flynn could be held in contempt of court for perjury.

Gleeson, a Clinton-era appointee to the federal bench in New York’s Eastern District, will present arguments "in opposition to the government's Motion to Dismiss" and on "whether the Court should issue an Order to Show Cause why Mr. Flynn should not be held in criminal contempt for perjury," according to court documents obtained by CNN.

On Monday, Gleeson co-authored a Washington Post op-ed entitled “The Flynn case isn’t over until the judge says it’s over,” which declares, “There has been nothing regular about the department's effort to dismiss the Flynn case.”

While under oath, the retired US Army general has both confessed to lying to the Federal Bureau of Investigation (FBI) as well as denied lying to the FBI.

On December 1, 2017, Flynn initially pleaded guilty to lying to the FBI as it was conducting investigations related to alleged collusion between the Trump campaign and the Russian government in the 2016 presidential election. The former Trump administration official’s plea came as a result of his accepting a plea deal which helped his son avoid prosecution.

“I recognize that the actions I acknowledged in court today were wrong, and, through my faith in God, I am working to set things right,” Flynn said in his official statement at the time. “My guilty plea and agreement to cooperate with the Special Counsel's Office reflect a decision I made in the best interests of my family and of our country. I accept full responsibility for my actions.”

However, after time went on and his sentencing approached, Flynn announced in January that he was actually innocent and moved to withdraw his guilty plea “because of the government’s bad faith, vindictiveness, and breach of the plea agreement.”

Since then, the US Department of Justice moved to drop its case against the former Trump administration official "after a considered review of all the facts and circumstances of this case, including newly discovered and disclosed information," but Sullivan has remained a roadblock over the past six days.

"The FBI exists to investigate crimes, but in the case Lieutenant General Michael Flynn, it appears that they might have existed to manufacture one,” White House Press Secretary Kayleigh McEnany said during a press briefing on Friday.