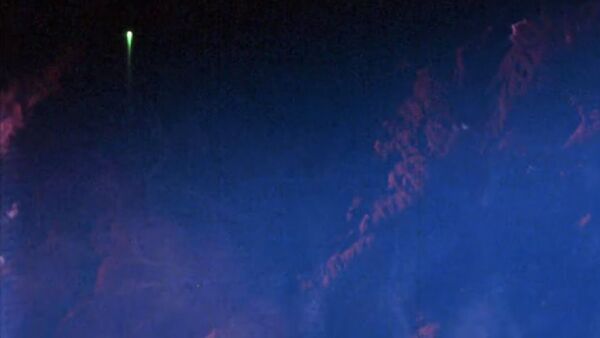 Self-proclaimed UFO expert Scott C Waring occasionally comes across some “unresolved” alien mysteries he is often ready to share with his followers. This time his attention was grabbed by the photo of Earth taken during the legendary Apollo 7 mission back in 1968.

Extraterrestrial enthusiast Scott C Waring said he has found “absolute proof” that “aliens were watching the historic Apollo 7 mission closely”, as he spotted a mysterious streak of light in one of the photos posted by NASA. According to Waring, the object could have been nothing else but a “green UFO”.

“The UFO is unlike any spacecraft I have ever seen and seems to be a UFO that is passing below the Apollo 7 module”, the researcher wrote on his ET Data Base blog as he shared a zoomed photo downloaded from the NASA’s archive website.

The picture was taken during the Apollo 7 mission back in 1968 when three astronauts headed by Walter M. Schirra entered Earth’s orbit as a crew for the first time. In a snap, which is believed to be depicting the northwest of Argentina from above, some unexplained green light appears in the top-left corner. 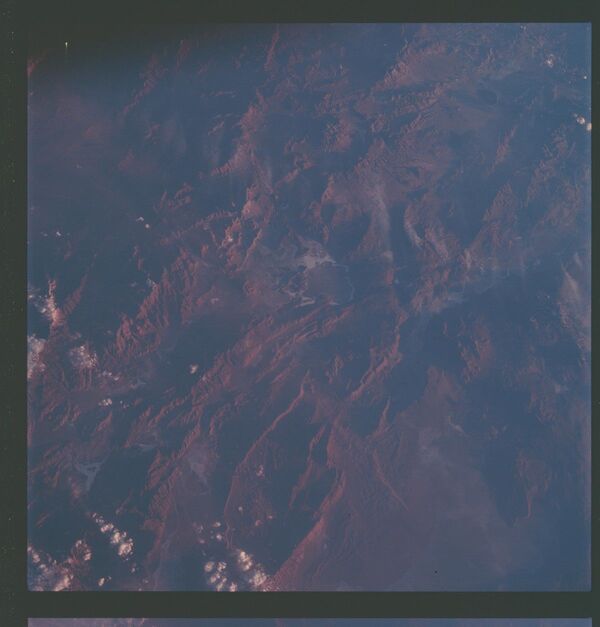 “The Photo itself gives us lots of information like the modules exact location, date, camera type, and much more”, Waring claimed. “I look back at the earlier and later photos and could not find this object in any of them”.

The UFO enthusiast then shared a summary of his finding on his YouTube channel, sparking fresh debates about the origin of the object in the photo, which can be easily viewed on the agency’s website.

“Does not look like anything I’ve ever seen before, nothing ever described in the NASA archives before”, he continued. “Does not looks like it belongs, it looks like a green UFO shooting below the Apollo 7 module”.

Some of his followers however disagreed with the researcher that it was an alien spacecraft.

“Its a shooting star, they give off that color when they hit the upper atmosphere”, one of the viewers commented.

But some of the 1,000 video watchers have accepted Waring’s view, while praising his research and “intuitive skills” helping him to find “critical anomalies”. Just few days ago, he shared another video claiming to depict a spacecraft entering an underground alien base at the top of the Mount Hood volcano in Oregon.