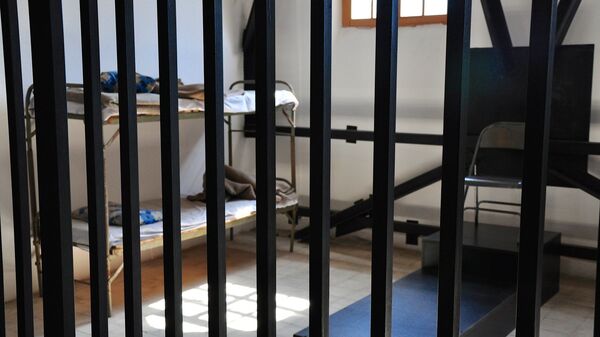 WASHINGTON (Sputnik) - The US arrested and charged a research scientist with making false claims by failing to disclose ties to a Chinese university when accepting a $3.6 million grant, the Justice Department said in a press release on Thursday.

“Dr. Wang, a former Cleveland Clinic Foundation (CCF) employee, is charged with false claims and wire fraud related to more than $3.6 million in grant funding that Dr. Wang and his research group received from the National Institutes of Health (NIH)", the release said.

While working with the NIH, Wang also held the position of Dean of the College of Life Sciences and Technology at the Huazhong University of Science and Technology (HUST) and received grant funds from the National Natural Science Foundation of China (CNSF) for some of the same scientific research funded by the US, the release added.

Wang also participated in China’s Thousand Talents Program (TTP), which provided $3 million in grants and other perks such as an apartment in China.

The TTP is a Chinese government program to recruit individuals with access to foreign technology and intellectual property, according to the release.