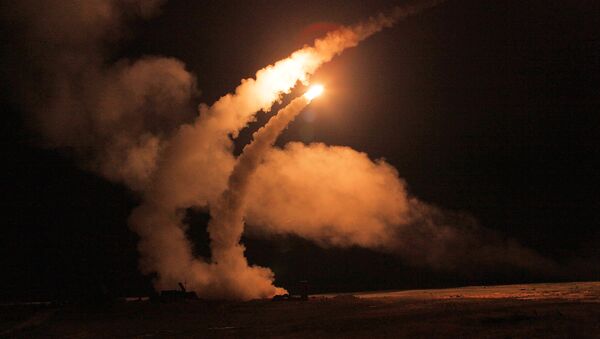 Ilya Tsukanov
All materialsWrite to the author
Ankara was unceremoniously booted out of the F-35 fighter programme in July 2019 after refusing to give up on its Russian-made S-400 air defence systems. The Pentagon claims the S-400 is incompatible with NATO air defence standards and says it poses an unspecified potential threat to the F-35.

The timely production of key components for the Lockheed Martin F-35 Lightning II fifth-generation multirole combat aircraft has been put out of whack thanks to US lawmakers’ decision to kick senior development partner Turkey out of the programme, Breaking Defense has reported, citing a fresh report by the Government Accountability Office.

According to the spending watchdog, as many as 15 key components for the F-35 once produced in Turkey are currently not “being produced at the needed production rate.” At the same time, the GAO reported that Lockheed has had to scramble to find new suppliers for a whopping 1,005 different components previously made by Turkish defence contractors.

Turkey’s decision to buy Russian-made S-400s led Washington to halt the delivery of F-35s to the country, and to threaten the allied nation with sanctions. US officials also indicated that Turkey would not get access to the Patriot missile system so long as the S-400s were deployed in the country. This week, US special representative for Syria engagement James Jeffrey said the S-400 issue is the biggest snag to normalized relations between Washington and Ankara.

The production bottleneck caused by the halt in Turkish parts deliveries has been further aggravated by the fact that contractors have developed a habit of being late with parts deliveries, the GAO says. According to the Defence Contract Management Agency, a Pentagon agency responsible for administering DoD contracts, “between August 2017 and July 2019, the number of parts delivered late increased from under 2,000 to more than 10,000,” with “roughly 60 percent of parts shortages…attributable to 20 suppliers.”

Another problem, the GAO notes, is that only about 30 percent of the “manufacturing leading practices” outlined by the watchdog are meeting predefined quality standards, with the 500+ aircraft already delivered to the armed forces failing to meet both reliability and maintainability standards.

“Although the contractor is changing the manufacturing processes to address problems and improve efficiency, more remains to be done. Unless the program office evaluates the risks of not meeting these leading practices, the military services and international partners are at risk of not receiving the quality aircraft they purchased,” the GAO concludes.

With an estimated lifetime price tag of $1.6 trillion, the F-35 programme is easily the most expensive weapons project in human history, and hugely controversial. Efforts by the Pentagon and Lockheed to create a one-size-fits-all fighter for use by the Air Force, the Navy, and the Marine Corps have necessitated a series of innovative solutions, but have also left the plane with serious drawbacks, such as a single engine design making it unsuitable for long-term deployment at sea, as well literally hundreds of major and minor problems, glitches and bugs caused by overengineering.