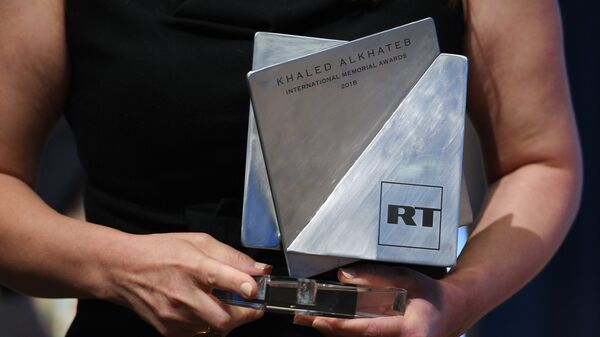 The competition was named after an RT stringer who got killed while reporting from the frontlines in Syria.

RT has announced that it is now accepting entries for the third annual Khaled Alkhateb Memorial Awards international competition.

First held in 2018, the contest, which "recognizes the best journalism from conflict zones", was named after Khaled Alkhateb, a 25-year old RT Arabic stringer who was killed by Daesh* shelling in Syria in 2017.

The awards are expected to be presented to the winners on 30 July – the anniversary of Khaled's tragic death.