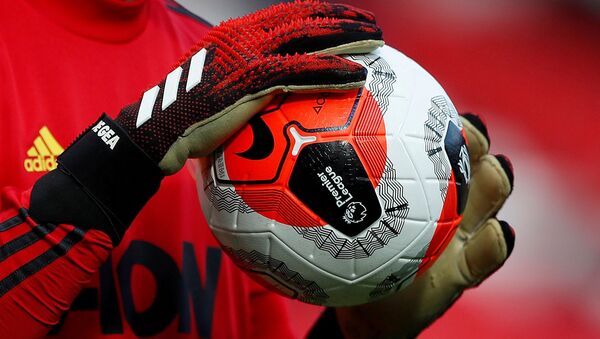 © REUTERS / Lee Smith
Subscribe
Dan Rowell
All materials
With the Premier League’s powers that be in the process of how the English football league season can restart amid the ongoing coronavirus pandemic, one of the game’s leading managers has chimed in on the situation.

Tottenham Hotspur manager Jose Mourinho has stated that he is keen for the campaign to get underway once again after speculation arose that he was in favour of further delays.

Responding to the claims in a press release by Tottenham, Mourinho said.

"I don’t think my position in the meeting has been reflected fairly at all today in media reports. I have not asked for any delay.”

The Portuguese manager then went on to clarify his views on the situation.

"I want to train, and I am desperate for the Premier League to return as soon as it is safe to do so, particularly now we are seeing other leagues preparing to return to action," Mourinho added.

The Tottenham manager then detailed how his squad has been preparing for a potential restart to the Premier League season.

"I am extremely proud of the way my players have maintained their fitness – they have shown great professionalism, passion and dedication. We have all been working extremely hard through remote squad training sessions and isolated running now the pitches are available to use again at the training centre,” Mourinho stated.

Professional football in England has been suspended since March due to the threat of the coronavirus, but plans have been drawn up by the country’s football association, which aim to outline how matches can be resumed by June.

A particular sticking point has been the proposal to host matches at neutral venues, which many sides argue, would deprive them of valuable home advantage, and teams in the division have been holding talks in a bid to break the deadlock.

Premier League clubs were set to vote earlier this week on whether the move to use neutral grounds to see out the season should go ahead, but the ballot has been postponed.

If the suggestion is voted down, then only a few options for concluding the campaign remain viable.

London Mayor Opposed to Premier League Restarting Matches Next Month
All of these scenarios could prove problematic to clubs in both the upper and lower echelons of the Premier League.

Liverpool would be denied a historic title win, and the relegated sides would be set up for severe financial losses due to diminished gate receipts, sponsorship deals and television revenue.

The German Bundesliga will become the first major football league to kick off once again this coming weekend, and clubs throughout Europe will be observing how it pans out, as they seek to resume play as soon as possible.