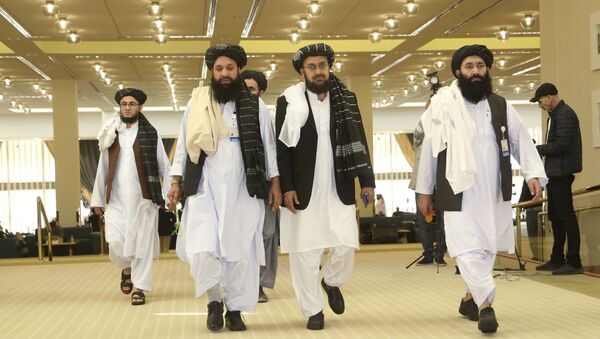 India has expressed its reluctance to speaking with teh Taliban as suggested by the United States Special Representative for Afghanistan Reconciliation Zalmay Khalilzad during his visit to New Delhi last week.

"We have our own perspectives on Afghanistan and our traditional and neighbourly relations with Afghanistan will continue to guide our Afghan policy," said government sources in New Delhi.

Last week the US special Envoy to Afghanistan met with a range of senior officials, including national security advisor Ajit Doval and External Affairs Minister S Jaishankar, urging India to enter into direct talks with the Taliban amid the ongoing stand-off surrounding the Afghanistan peace deal.

Later in the week, the Taliban’s Doha-based political office spokesperson, Suhail Shaheen emphasised that the Taliban “would like to have positive relations with neighbouring countries including India and welcomed their contribution and cooperation in the reconstruction of future Afghanistan."

These statements come against a backdrop of stalled peace talks and a rise in violence in the war-ravaged nation.

President Ashraf Ghani ordered the military to switch from “active defence” to offence against the Taliban after two back to back attacks in Kabul, including on a maternity hospital, on Tuesday.

“The attacks of the last two months show us and the world that the Taliban and their sponsors do not and did not intend to pursue peace,” Hamdullah Mohib, the Afghan national security adviser, tweeted while adding that there “seems little point in continuing to engage the Taliban in peace talks”.

The Indian government had welcomed the formation of 21-member team formed by the Ashraf Ghani government for the intra-Afghan dialogue. India has maintained that thetalks - which will discuss the future of Afghanistan after the withdrawal of US troops - should be Afghan-owned and Afghan-led. The Indian government has expressed its concern to the US on several occasions regarding its infrastructure development projects worth over $3 billion given the absence of proper security in the country.

Meanwhile, India's Ambassador to China Vikram Misri met with the new Chinese Special Envoy on Afghanistan Liu Jian on the same day that the American special envoy to Afghanistan was in Delhi. Misri said that he exchanged views on the situation in Afghanistan as well as India-China joint cooperation with Afghanistan

The United States mediated a historic peace deal between Taliban and Afghanistan government in February envisioning the withdrawal of American troops from the country and an end the 18-year war.

Since then, the US has tried to accelerate the intra- Afghan peace talks, envisaged under the historic deal. The issues such as prisoners swap, and political rivalry between democratically elected President Ashraf Ghani and his former Chief Executive Abdullah Abdullah are behind the delay in the talks, which were scheduled to start in March.