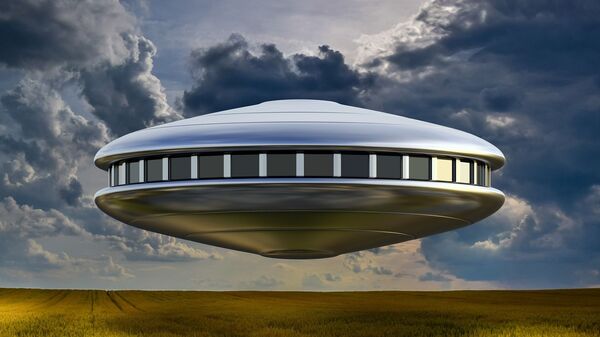 The release of eight hazard reports by the US Navy is notably the first official look into how the service handles pilots’ reported sightings of unidentified aircraft as well as the similarities between encounters.

The War Zone’s Tyler Rogoway and Joseph Trevithick revealed in a Tuesday report that the eight unclassified hazard reports were provided by the US Naval Safety Center in response to a Freedom of Information Act (FOIA) request.

While the US military’s UFO-related scoops have been reduced to republishings and sputters of information in recent months, the Navy’s documents provide a less sensationalized, but detailed account of the mysterious occurrences reported by service pilots since 2013.

Of the eight reports, seven involve an F/A-18F Super Hornet or F/A-18E Super Hornet. Furthermore, the majority of the events took place in airspace off the coast of Virginia and North Carolina, dubbed the “W-72 warning area,” according to the documents, which were published within the Tuesday report.

The oldest hazard report from the set involved a June 27, 2013, incident in which an F/A-18F Super Hornet from Strike Fighter Squadron 11 (VFA-11) encountered an "aircraft [that] was white in color and approximately the size and shape of a drone or missile.”

Though the crew “visually acquired” the aircraft in question, the Super Hornet and the Virginia-based Naval Air Station Oceana did not record the radar tracking of the object. 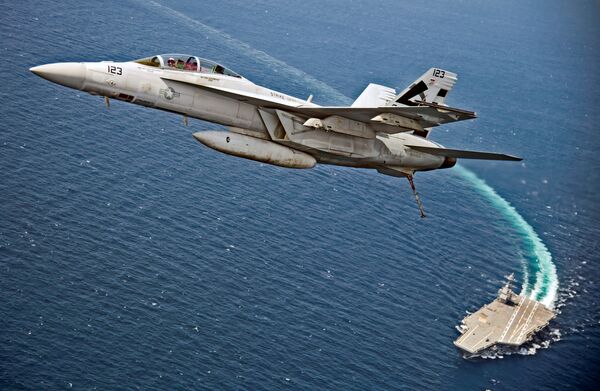 While the Navy issued internal notices on the event, there were not any Notices to Airmen (NOTAM) or Temporary Flight Restrictions (TFR) issued by the service - as was the case for virtually all of the reports, with varying levels of notices issued to the entire service.

Similarities were present between sightings, such as the March 26, 2014, hazard report in which an F/A-18E Super Hornet from Strike Fighter Squadron 106 (VFA-106) claimed to have detected a blip on the radar that showed an aircraft traveling approximately 19,000 feet in the air in the W-72 zone at a speed of Mach 0.1, or roughly 76 miles per hour - well below the speed of any jet.

This event resulted in the commanding officer of the Fleet Area Control and Surveillance Facility, Virginia Capes reporting that they "cannot detect a target this size if it is not squawking IFF [Identification Friend or Foe] or communicating via radio," which "presents a significant safety concern, given that this unknown aircraft was detected in an exclusive use area."

Two other hazard reports included similar details about a stationary or near-stationary target. During a related event that occurred on April 27, 2014, the crew belonging to an F/A-18F from Strike Fighter Squadron 11 (VFA-11) described their encounter as a "near mid-air collision with balloon like object” - which is the first instance of a substantive description of the aircraft, the authors noted.

Oddly enough, there is a nearly five-year gap between the latest hazard report and the one from April 27, 2014. On February 13, 2019, an EA-18G Growler electronic warfare aircraft from Air Test and Evaluation Squadron 23 (VX-23) departed Maryland’s Naval Air Station Patuxent River and spotted what was later described as “a red weather balloon” around 27,000 feet in the air.

However, no details about the balloon’s operator were included in the report.

Rogoway and Trevithick highlighted that the FOIA officer associated with their request claimed the eight hazard reports provided to them are the only documents of their kind in the Web-Enabled Safety System (WESS) Aviation Mishap and Hazard Reporting System (WAMHRS).

The WESS is an online reporting and data retrieval system for accidents and injuries pertaining to US Marines Corps and Navy service members. The WAMHRS is the Navy’s central computer database that was originally designed to provide units with a collection of all previous hazard and flight incident reports filed with the Naval Safety Center.