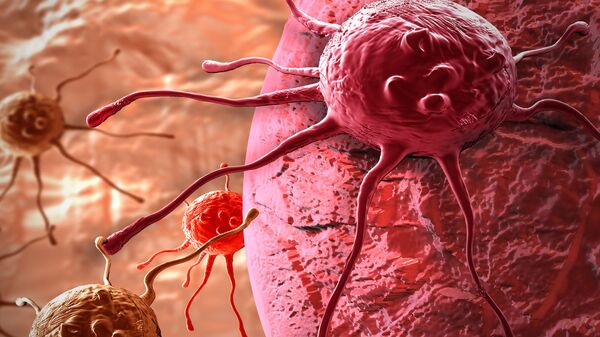 After the identification of hundreds of members with various cancer diagnoses, the Red River Valley Fighter Pilots Association plans to take the data to Washington and advocate for mandated research examining the link between aviation service and cancer.

A seven-question form was issued to the 3,400 members of the Red River Valley Fighter Pilots Association, or “River Rats,” last fall, asking the question: "Have you ever been diagnosed with cancer?"

The survey, exclusively shared with McClatchy and published on May 12, saw 500 association members - or 56% of the 894 respondents - answer, “Yes, I am disclosing a personal cancer.”

“That was astonishing. I was not prepared for that," retired US Air Force F-15E Strike Eagle pilot Col. Vince "Aztec" Alcazar revealed in an interview with McClatchy.

He went on to highlight that "13% of them disclosed multiple cancers.”

Alcazar, who is a member of River Rats’ medical issues committee, identified melanoma, a type of skin cancer, as the most common cancer among members who responded to the survey; prostate cancer ranked second in the running.

Unfortunately, the survey was not able to examine how many former members had died of cancer, McClatchy’s Tara Copp stated.

Since obtaining this data, the association now seeks to take the information to Congress and demand a more comprehensive study be carried out by the Pentagon and the Department of Veterans Affairs (VA) to examine the possible link between aviation and cancer and better advise potential military pilots of the associated risks.

"Now I've got a narrative to take to lawmakers on Capitol Hill," Alcazar explained, noting that rather than the usual “four or five or 10 or 20 or 100 emails” on the subject matter, this request will be coming from “a large organization that took the time to do a well thought-out survey. And the results say, 'It's worth a look, folks.'"

A related study was proposed when recently-elected Rep. Elaine Luria (D-VA), a US Navy veteran whose district contains several naval bases, introduced the Military Pilot Cancer Incidence Study Act to the US House of Representatives on February 12 alongside Rep. Adam Kinzinger (R-IL).

The bipartisan bill seeks to build on anecdotal evidence of elevated cancer risk among military pilots and communicate the findings, so that the Pentagon and the VA “understand the scope of the problem, identify service-connected illnesses, and address them appropriately,” according to Luria.